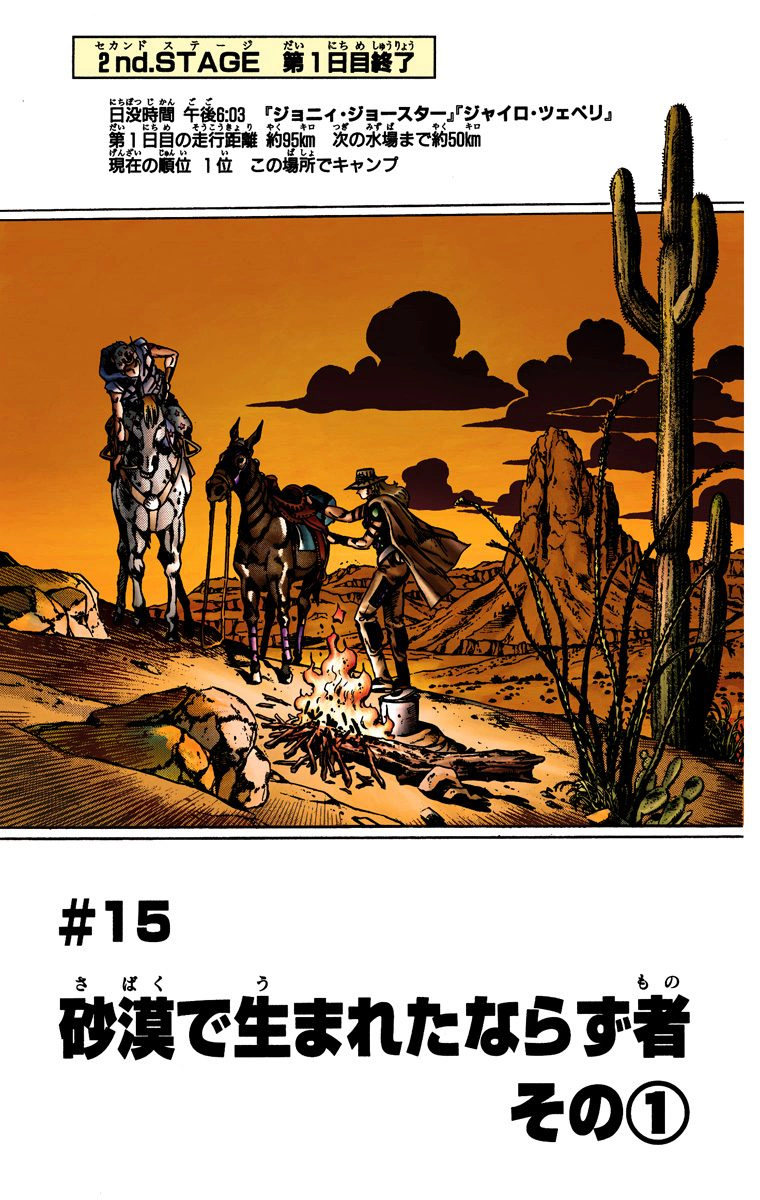 It narrates Johnny and Gyro's battle against the Boomboom Family in the desert, and Johnny's awakening of Tusk.

Marco's history is revealed, he was a humble servant caught when his lord was arrested and is to be executed for false charges of treason.

At night, Johnny and Gyro make camp. Johnny manages to reproduce the rotation with the cork then accidentally discovers newspapers linked to Marco's execution. They are approached by Andre Boomboom, who claims he's been bitten by a poisonous lizard and needs help. When Andre apparently dies, Gyro kicks his knife away. They are soon joined by Andre's father and brother Benjamin and L.A., and Gyro realized that his leg was magnetized by the Stand Tomb of the Boom. After a brief fight, Gyro and Johnny manage to flee, but are sprayed with Andre's blood.

Benjamin Boomboom disguises himself as Johnny Joestar, confronting Mountain Tim who reveals his Stand Oh! Lonesome Me. Benjamin successfully plants some of his blood on Tim and pushes him to think Johnny is the murderer.[1]

(1st appearance)
Tomb of the Boom 2