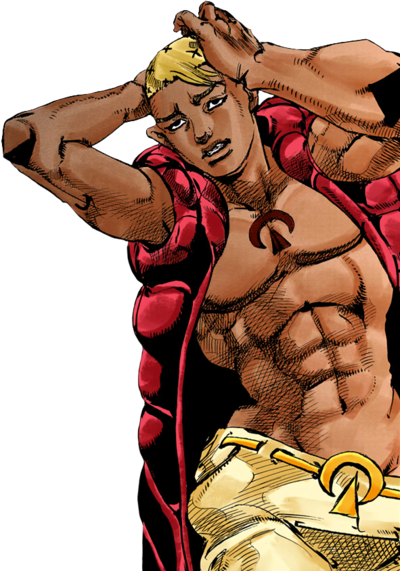 Ojiro Sasame (笹目 桜二郎, Sasame Ōjirō) is a recurring tertiary antagonist featured in the eighth part of the JoJo's Bizarre Adventure series, JoJolion. He is introduced in the "Soft & Wet" story arc and returns during the "The Wonder of You" story arc. 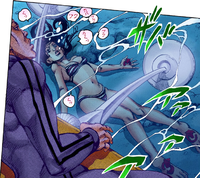 Ojiro desires to have revenge on Kira because his harassment broke him psychologically so much that he ate his own fingers.[8] The one time they are shown together, it seems true that Kira intimidates and brutalizes Ojiro on a regular basis.[9] However, he is said to still consider him a good friend.[10] His "friendship" with Kira makes him feel entitled to take the Locacaca for his own personal gain, despite knowing that it was meant for Holy Joestar-Kira.[7] 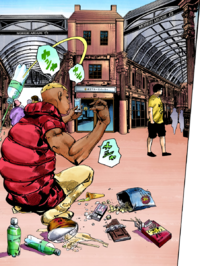 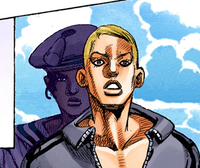 After the incident that costed him his fingers, Ojiro held a grudge against Kira ever since. With vengeance in his mind, he rented an apartment room above Kira's, and planted traps in Kira's room. He notably trapped most of the bathroom, changing the furnitures, planting razors and nails everywhere and putting snakes on the veranda with a saw. He also captures and puts a female hostage stripped and fully branded in the bathroom as a lure, hoping to use Fun Fun Fun on Kira and kill him. Additionally, in order to frame Kira, Ojiro disguised himself as Kira and took pictures of him engaging in erotic bondage with the woman, and placed the photos in an album in Kira's bathroom. 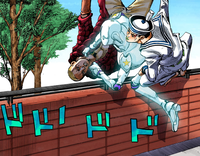 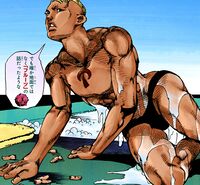