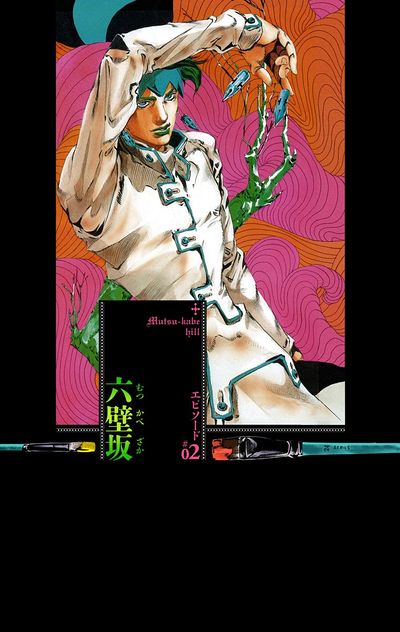 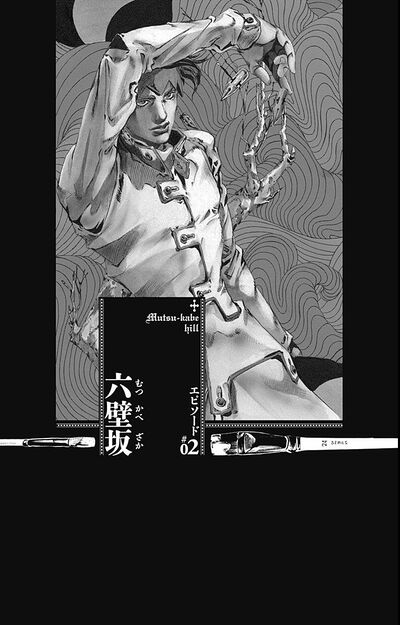 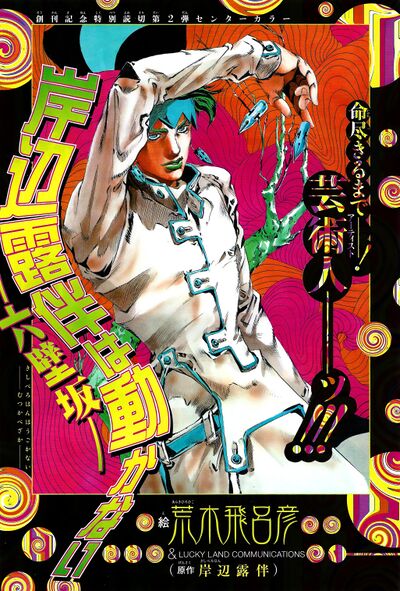 An OVA adaptation by David Production was announced on February 18, 2018. The disc was bundled with the second volume of Thus Spoke Kishibe Rohan, released on July 19, 2018. Another adaptation of the one-shot was produced as a TV Drama and broadcasted on December 29, 2021.

“
Whenever I write a short story, I always think about how "youth is horror." That's the goal I aim for. I think Mutsu-kabe Hill is a really creepy story. As I was drawing them, I started to feel as if the "creatures" in the story actually existed somewhere in Japan, which horrified me. That said, why exactly was Mutsu-kabe Hill named Mutsu-kabe Hill? I can't remember it at all. I'm sorry. It really is terrifying.
”
—Hirohiko Araki
“
短編に望む時の心構えは、いつの時代も「青春とはホラー」。これが目指す目標だ。
『六壁坂』は本当に不気味な話だと思う。そして、ここに出てくる「生き物」は、描いてる途中で、だんだん、この日本のどこかに実在していそうな気分になってきて、ヤバかった。
それにしても「六壁坂」というネーミングはなぜ「六壁坂」にしたのだろうか？ 全然記憶がないんです。スミマセン。本当にヤバイ。
”
—Hirohiko Araki