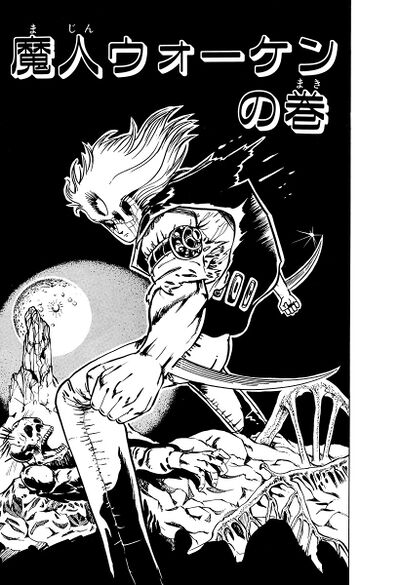 Taken back to the headquarters, Dordo is executed by Walken for his failure and is atomized into dust. To lure Baoh, Dr. Kasuminome purposefully tortures Sumire whose distress is detected by the living weapon. Ikuro Hashizawa is already scaling the seaside cliff leading to a vulnerable side of the facility and, turning into Baoh, rampages through the security staff as well as survives death traps to reach Sumire's room. He is stopped by Walken, whose ability to destroy anything with a thought makes him invincible and his every attacks deadly. Nonetheless, Baoh manages to stab inside Walken's brain by launching one of his arm blades and he finally reaches Sumire.

He is welcomed by a flurry of laser beams, and the attack does not faze Baoh but wounds Sumire. Seeing that Baoh is cornered, Kasuminome prepares to blow up the facility. Meanwhile, Baoh heals the girl with his blood. Walken has woken up, still alive despite his injury, and seeks Baoh for revenge. As the headgear restricting his psychic powers was destroyed by Baoh's attack, the full strength of Walken's abilities causes an earthquake inside the facility. As Sumire awakens, Walken finds them and destroys the floor. All of them, as well as Kasuminome who tried to escape in a pod, find themselves in a cavern. Telling Sumire to flee, Baoh uses one of the lasers to kill Walken for good, unintentionally fatally wounding Kasuminome in the process. The facility then self destructs, causing the cavern to collapse.