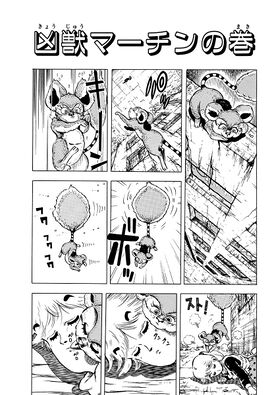 Ikuro senses an assassin, who reveals himself as a beastmaster commanding a heavily modfied giant mandrill named Martin. Due to its strength and many weapons hidden inside his body, Martin is more than a match for Baoh. Sumire, having sensed that Ikuro's humanity is still intact inside of Baoh, tries to stop the assassin from controlling Martin, only to be hurt. Enraged, Baoh finally overpowers Martin and kills both the beast and his master, healing and turning back into Ikuro.