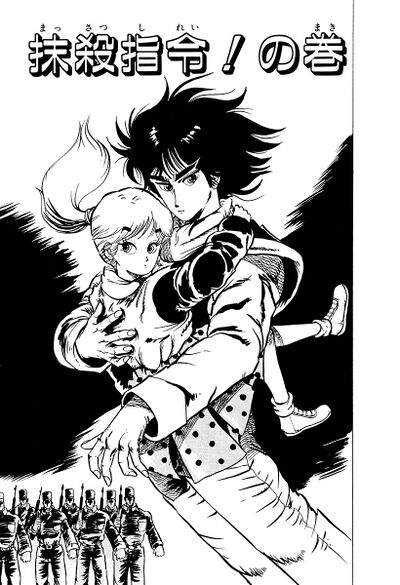 After Sumire and "Baoh"'s escape, Dr. Kasuminome immediately calls for an assassin to kill Baoh before his weapon grows too powerful. Later, the boy and Sumire try to bond with each other, but a knife wielding assassin named 22nd Man stabs the boy, forcing the duo to steal a motorbike and flee. The assassin reports his failure, and is ordered to gather more of his comrades to finish off Baoh before his power fully awakens. It is revealed that the boy, named Ikuro Hashizawa (橋沢 育朗, Hashizawa Ikurō), is amnesiac and doesn't remember how he obtained his uncanny strength and regeneration. 22nd Man soon attempts a second murder, slicing Ikuro's throat, but it only awakens Baoh, who dissolves the assassin before transforming back into a human.