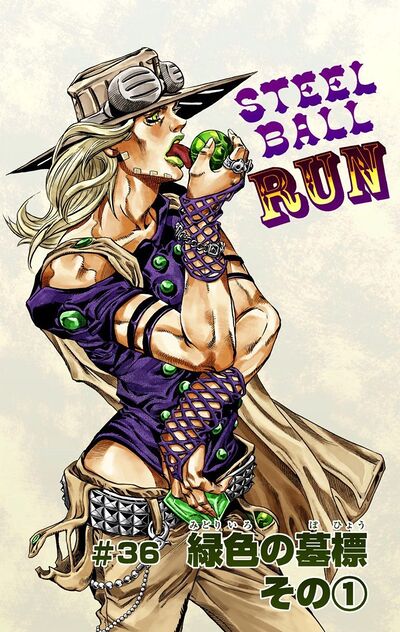 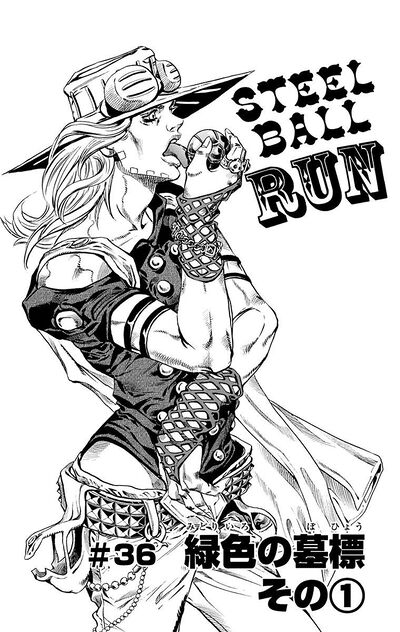 At the 20th day of the 4th Stage, one day away from Kansas City, Johnny recalls how after Gyro and Ringo's fight, he has been healed with Cream Starter and discovered Hot Pants was a woman in disguise, choosing not to reveal it to Gyro, for it was meaningless. They meet Sandman, who informs them that Diego is one hour ahead of them and took the route with the least amount of rivers. He also tells the duo that there will be a storm tomorrow, which would make horseriding difficult, and departs. Johnny realizes that Diego is effectively headed to the Corpse Part and remembers that Ringo has sent a messenger pigeon to the government, prompting the duo to rush to the coordinates of the Corpse Part.

It is already raining in Kansas City, and Valentine wonders in the governmental office he's made his base for now, if they have received Ringo's Message. He mentions Gyro and Johnny's tendency to evade his agents and the spy balloons he sends against them. He also tells that the next Corpse Part is probably the Spine. Finally, he reveals to his agent that as soon as Steven isn't useful to them, they will kill him. Lucy had been spying on Valentine from across the street and understood everything he's said with her lip-reading skills. Distraught at the danger her husband faces, Lucy nonetheless infiltrates the governmental building under the pretense of giving Steven his lunch, distracting a guard by giving him the lunchbox. She reaches the roof, breaks into the pigeons' cage, and takes the message from the just-arrived pigeon. However Valentine and one of his agents almost walk in on her and she hides under the cage. Valentine and government agent Blackmore see the traces of effraction, almost look under the cage but are distracted by Ringo's pigeon which flies away. Blackmore somehow walks on the raindrops and fusing himself in with the falling raindrops, catches the pigeon with his detached jaw. The two men then hear someone flee from the roof without seeing them and understand that someone has stolen the message. Valentine raises the alarm, locking the whole building and trapping Lucy, who has the coordinates of the Spine.