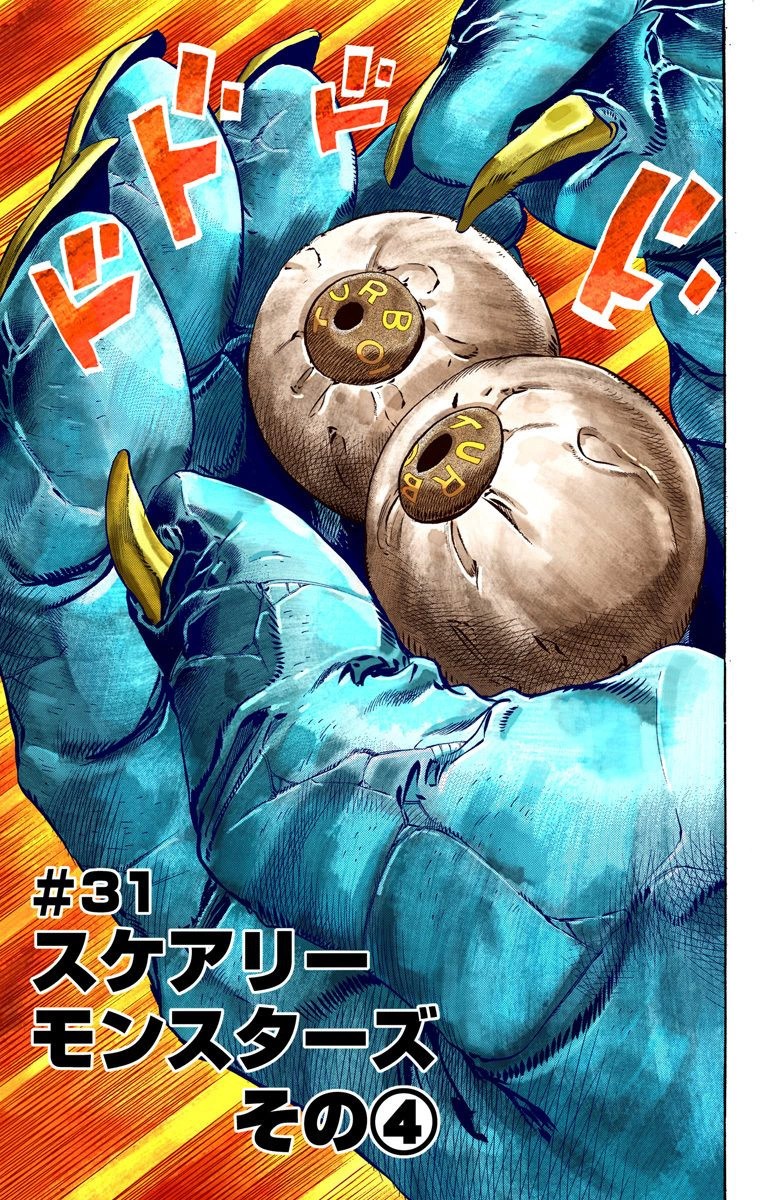 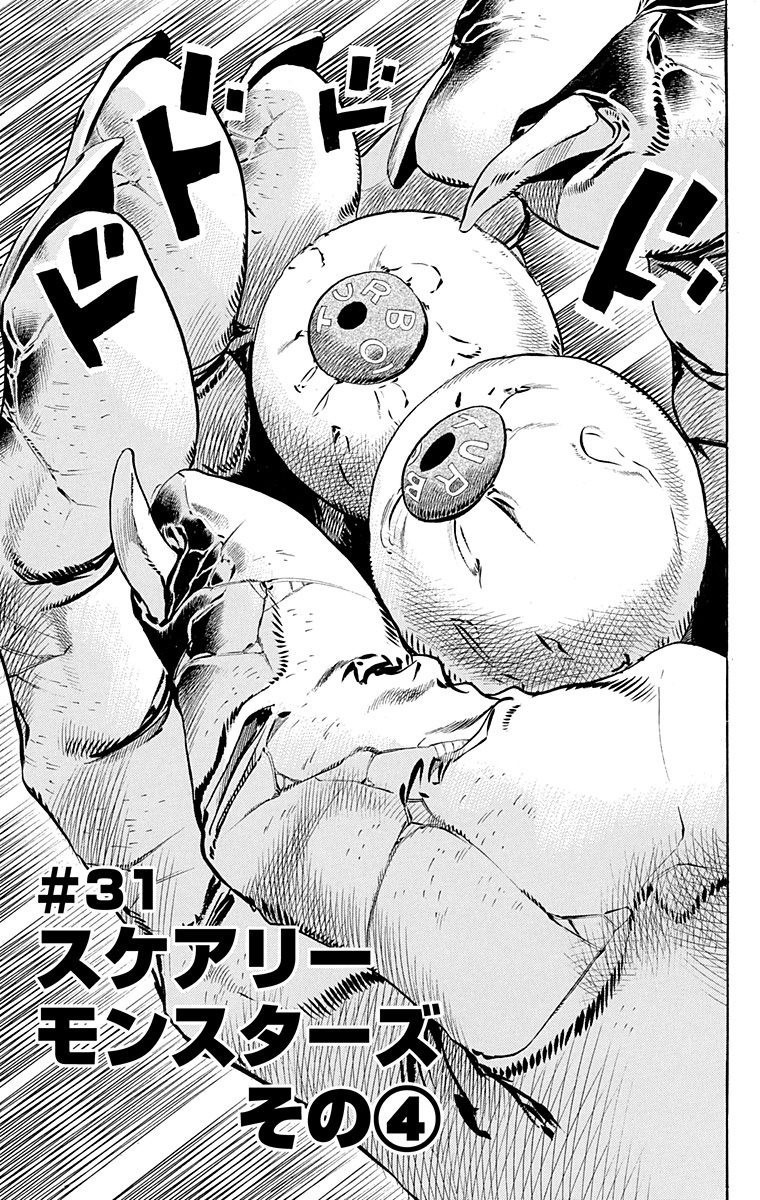 The guardian of the Eyes whispers to Diego the word "TURBO". As the letters on Johnny's left arm disappear, he realizes that Diego is being told the location of the next Corpse Part and shoots at Diego, but the now fully controlled Gyro defends him from Johnny's nails using his Steel Balls.

Dr. Ferdinand, the true master of the dinosaurs and an agent of the government, reveals himself after chastising Johnny for littering, referring to his nails. The geologist reveals that he used his Stand ability, Scary Monsters, to turn Diego into a dinosaur and have him infect everyone in the village to take the corpse part for him. He tells Johnny that his employer is the government and that he initially sent Diego to retrieve the Corpse's left arm. He also reveals that the Corpse is 1900 years old, and that it will bring about an eternal kingdom, to Johnny's denial, who claims that no one could have such influence.

Johnny decides to temporarily abandon the Left Arm and transforms into a raptor, using his tail to leap toward Diego and whip the Eyes toward Gyro. Johnny is then pinned down by the dinosaur minions but Gyro is able to absorb the Right Eye. He is cured of the transformation and gains a scanning ability which enhances his sight to extraordinary levels. Due to the power of the corpse, one of his Steel Balls also gains this ability and hits Dr. Ferdinand, who was hiding among the raptors.

As Dr. Ferdinand continues to hide, Gyro decrypts the vibrations his ball causes and is able to tell in which dinosaur the geologist hides. Johnny shoots at the dinosaur and Ferdinand's power is cancelled, turning the villagers back to normal. Unfortunately for Dr. Ferdinand, he finds himself among wild cougars who devour him alive.

The duo see Diego depart with the Left Eye, having somehow kept his ability to transform into a dinosaur. They now know that while Diego was not a terrorist as they initially thought, he will now also chase after the Corpse Parts. As Gyro uses the Right Eye to decrypt the location of the next part, Johnny mentions the corpse's age to Gyro, to which the latter quickly dismisses. Finding their horses on the other side of the mountain, they continue their journey to the third stage.