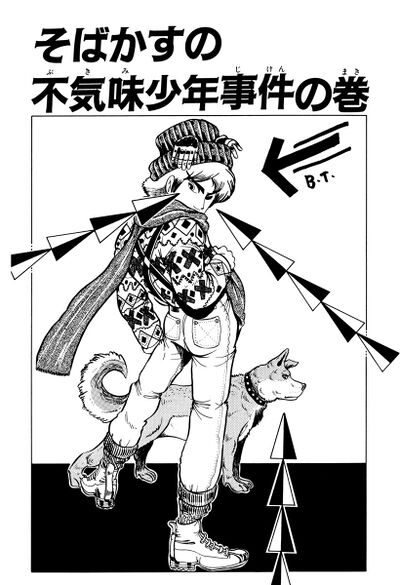 The Eerie Freckled Boy Incident (そばかすの不気味少年事件, Sobakasu no Bukimi Shōnen Jiken) is the sixth and final chapter of Cool Shock B.T.. The chapter was originally published in WSJ in two parts as the ninth and tenth chapters of the series.