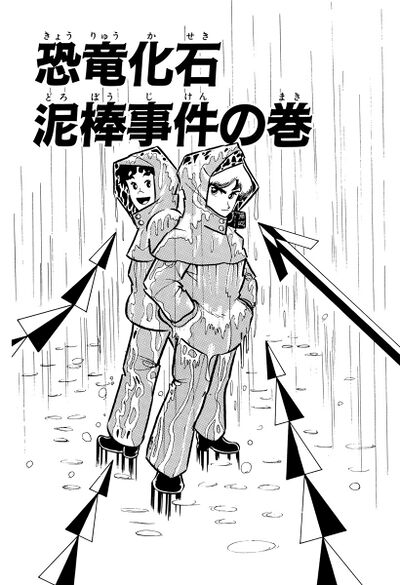 The Dinosaur Fossil Thief Incident (恐竜化石泥棒事件, Kyōryū Kaseki Dorobō Jiken) is the fifth chapter of Cool Shock B.T.. The chapter was originally published in WSJ in three parts as the sixth, seventh, and eighth chapters of the series.