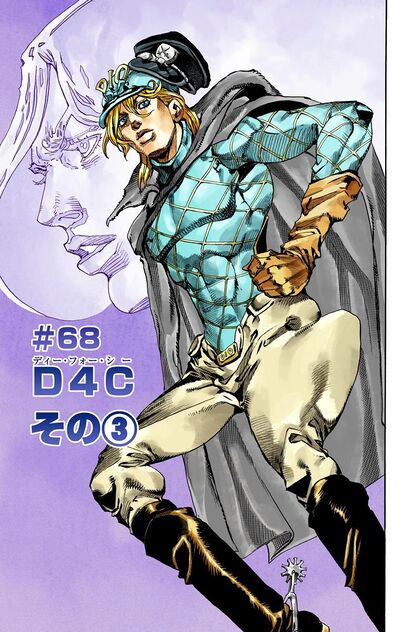 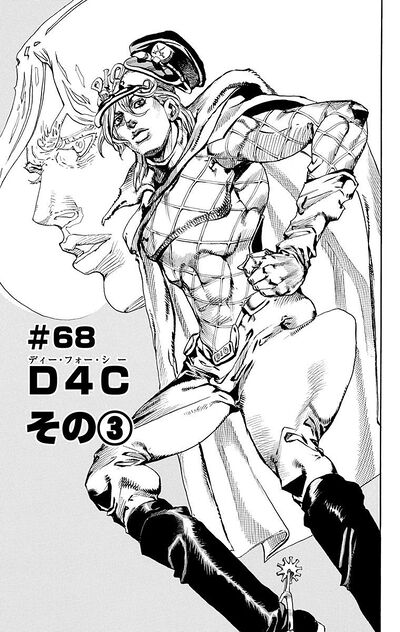 Diego's flashback continues. Valentine recognizes Diego but carries on and exits the building while Diego sees a heavily pregnant Lucy Steel being transported. Aware that without knowing Valentine's power, he has no chance to defeat him, he decides to use Wekapipo who has been following him as a guinea pig. Following Valentine into the streets and being followed by Wekapipo, he uses a blind spot to jump to the roof of the building and observes Wekapipo picking up a gun.

Wekapipo aims the gun at Diego and shoots him, forcing the jockey to jump down. The impact between the two men allows Diego to grab Wekapipo's gun, and he shoots him. Suddenly, Diego sees that he's shot Johnny Joestar instead and the shootout is witnessed by some of the children in the park. Diego then picks several clues such as Wekapipo being near yet unable to see him and smelling Valentine's trail all over the place. Diego decides to make a guess about the President's power and confronts Wekapipo.

Sending several dinosaurs as scouts to find Valentine, he asks Wekapipo if he's seen him shooting at Johnny. As the dinosaurs begin to get killed by the enemy, Wekapipo, confused, claims that he is the one who has shot Johnny. Diego proposes a temporary truce, which Wekapipo accepts in time for both to see Funny Valentine attacking from above with his Stand. Wekapipo throws a Steel Ball at the President, but a hole appears on Valentine's face where the ball hit.