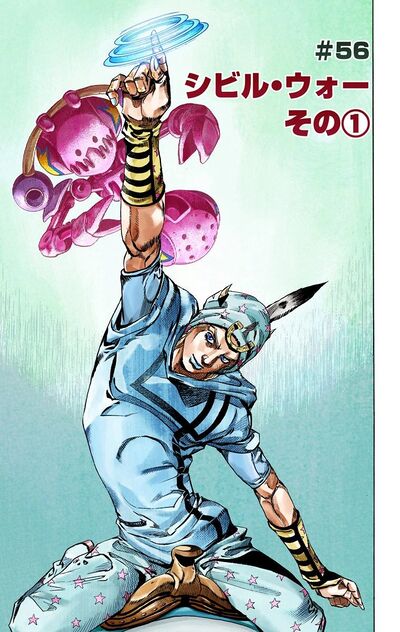 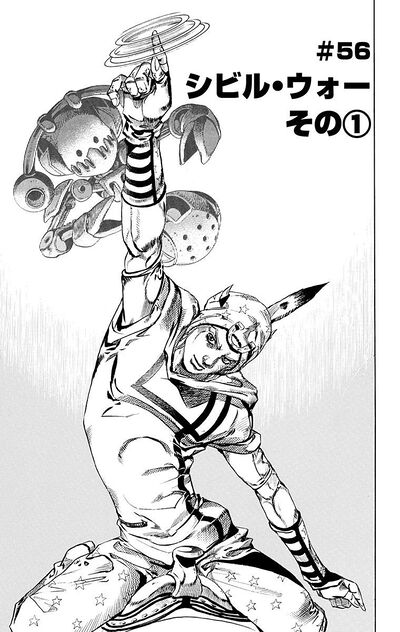 A flashback depicts the discovery of the corpse of "Lucy Steel". She was found in the shores of the Fox River, apparently drowned. Steven is at first distressed, but a glimpse of the body intimately convinces him that the corpse he is seeing isn't that of his wife.

At the 12th day of the 7th stage, near Gettysburg, Johnny and Gyro are camping for the night. They spot Hot Pants riding toward the city and decide to follow her, leaving some of their baggage behind. The duo follows Hot Pants up to an indoors garbage dump where they spot a nun. Gyro investigates further into the dump, whereas Johnny recognizes the nun as Hot Pants and confronts her directly. Hot Pants warns Johnny not to leave behind anything, as Johnny witnesses a young child emerge from her and transform into a membrane covering her. As a final warning, Hot Pants warns Johnny to purify himself with water. Further into the dump, Gyro sees various objects he's cast away during his life, and is confronted by the Stand Civil War which has assembled Hot Pants' Corpse Parts, namely the Ears, the Thorax, the Heart, The Spine and both Arms. Johnny and Gyro are then attacked by the objects they've thrown away, which are fusing with them, just like Hot Pants.