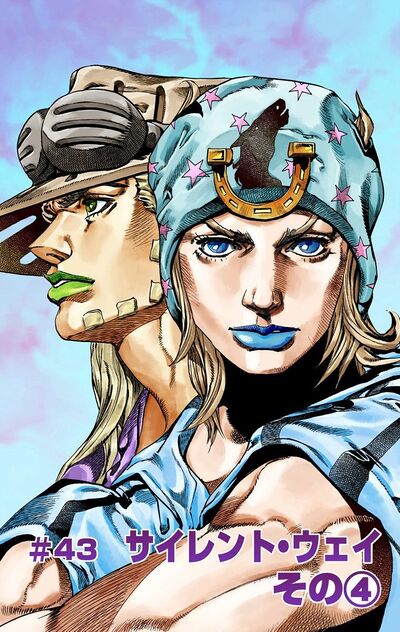 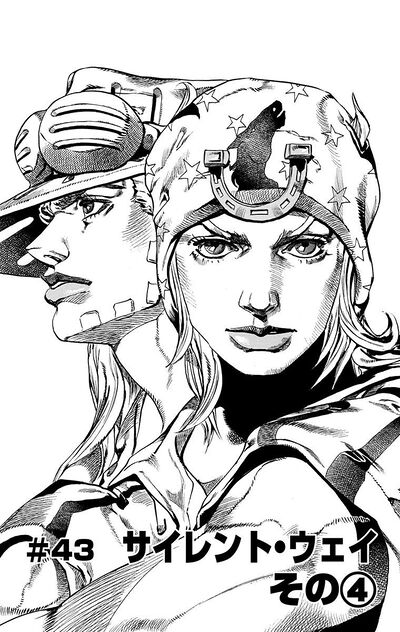 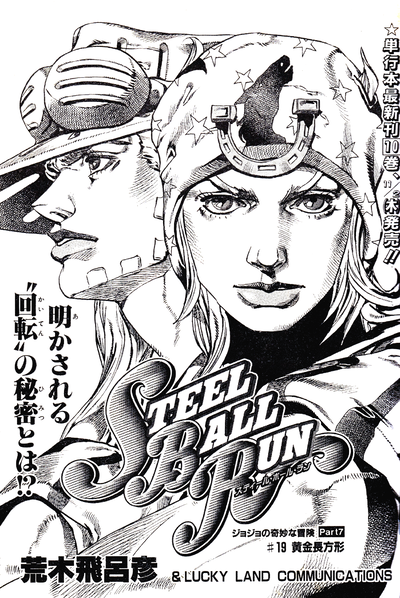 Surrounded by dinosaurs, Gyro takes the time to present to Johnny the Golden Rectangle. Gyro presents the Golden Rectangle's mathematical properties as well as its ubiquity in art, but emphasizes how it can be used as a scale to produce an infinite rotation, from which an infinite energy can be extracted, thus empowering the Spin considerably. However, Johnny yells that it's impossible, which prompts Gyro to dare him to say that anything is impossible another three times, in which case he will give him his belt buckle which is shaped like a Golden Rectangle. Johnny asks Gyro to give the buckle right now, but Gyro refuses. The Neapolitan then uses a nearby rock to produce an imperfect rotation, propelling the dinosaurs away with the mud and urging Johnny to shoot them. Johnny tries to mimic the Golden Scale but fails.

As the duo dives into the Mississippi, Johnny yells that it is impossible for him to produce a perfect Spin without the buckle three times, but Gyro still counts them as being one time. Johnny and Gyro now see a bunch of homonculi on the side of the river, but Gyro advises Johnny to look for the Stand User instead, and because of the sound-related ability, the enemy must be hiding in a silent area to produce the right sounds. The homonculi spread some sound into the water, threatening to overwhelm the duo with their power. Johnny yells at Gyro to give him the buckle another time, to Gyro's refusal. Johnny then desperately shoots at the corn, and sees Norisuke evading the shots and hiding. Johnny, hopeless, yells that it is impossible for him to win with his weak Tusk. Gyro produces a rotation with the water to defend themselves from the sounds, but the move produces an imperfect defense and Gyro has his leg and arm cut off. Johnny panics, as Gyro uses the last of his strength to warn him from the rebound. He sees Norisuke revealing himself but also Sandman nearby and yells at the Indian to look for Hot Pants. Sandman then leaps at Norisuke and stabs him, revealing himself as the enemy. Sandman broke a deal with the government, taking the Corpse Parts from Johnny in exchange for enough money to buy his ancestors' land. Sandman then hides in the cornfield. Surrounded by the sound, Johnny desperately yells at Gyro, lamenting the Neapolitan's stubbornness and that it is impossible for him to reproduce the Golden Scale so rapidly. Suddenly Johnny asks himself from where does that Golden Rectangle come from, and how so many civilizations discovered it separately; he then understands that the Golden Rectangle is a natural scale, present in every life form. That understanding unlocks a new power for Johnny.