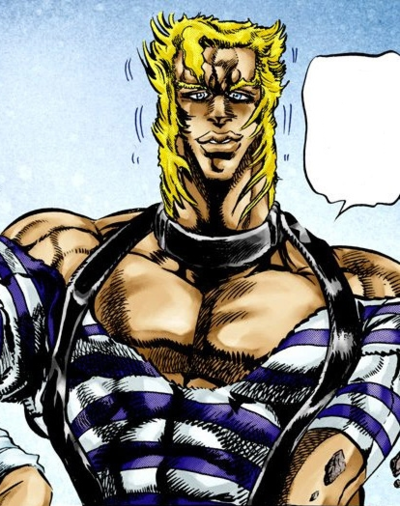 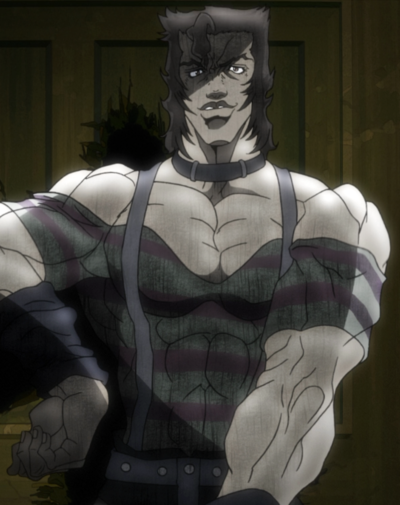 Diamond Records (Playable)
“
Beautiful. Incredible. That skin of yours! It's lovely, ya hear? What perfect timing. I've got a hankerin'. Embrace me and let me suck some blood through that porcelain white skin of yours!
”
—Wired Beck, Chapter 94: Climb Out of the Fortified Hotel 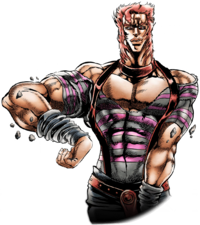 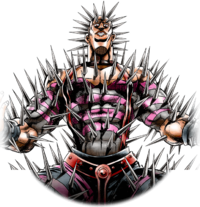 Wired Beck is a misogynistic, aggressive vampire who firmly believes women are inferior and deserve to be harmed, having at some point murdered his own girlfriend. He is particularly irritated by Lisa Lisa, threatening to 'punish her' for her attitude.

Beck has a tendency to place "zura" (ズラ), a word roughly translating to 'okay', at the end of most of his sentences. As stated by Joseph, Beck also has a very grating tone to his voice.

Wired Beck can camouflage with objects and also phase through them. He does so with a door and sticks his hand out to mimic a doorknob in order to catch Joseph and Lisa Lisa off guard with a surprise attack. 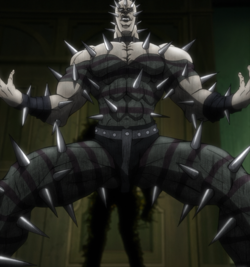 There is concept art of Wired Beck, indicating that he was originally set to appear in the game during development.