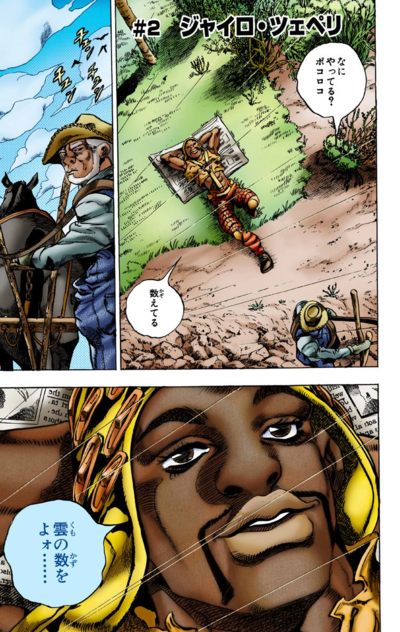 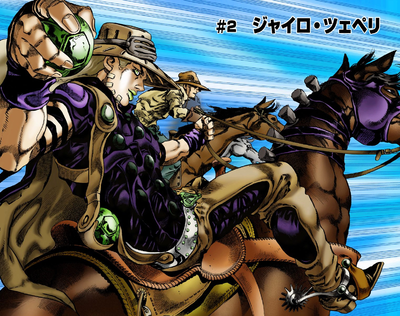 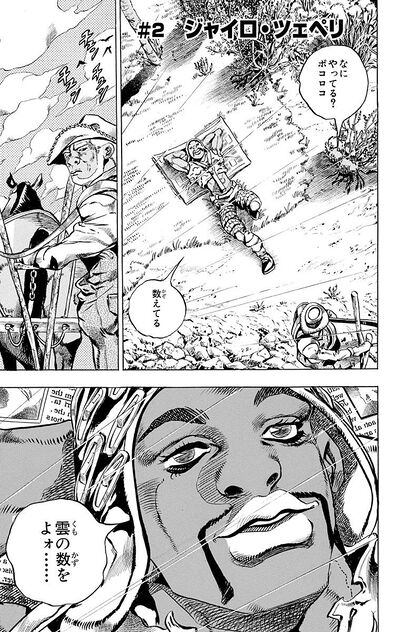 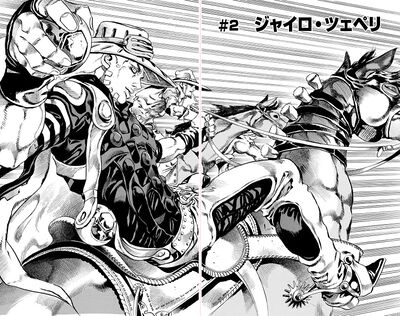 The chapter opens with a man named Pocoloco, who decides to join the Steel Ball Run race. He wants to win enough money to help his grandfather build a barn, and live an easy life with the leftover money.

As Gyro walks away from the scene, a few of the onlookers ask the sheriff to arrest Gyro. He refuses, stating that it was a duel; both sides had agreed to it, and no laws were broken. Johnny goes after Gyro, believing that he saw the Steel Ball that Gyro threw spin at a high speed. Catching up to Gyro, Johnny touches the steel ball he just threw, but Gyro warns him not to since it is still spinning. Johnny touches the ball anyway, and for a brief few moments, his legs move. He thinks to himself about how he started walking from adolescence to adulthood after meeting Gyro, who is a mystery from beginning to end.