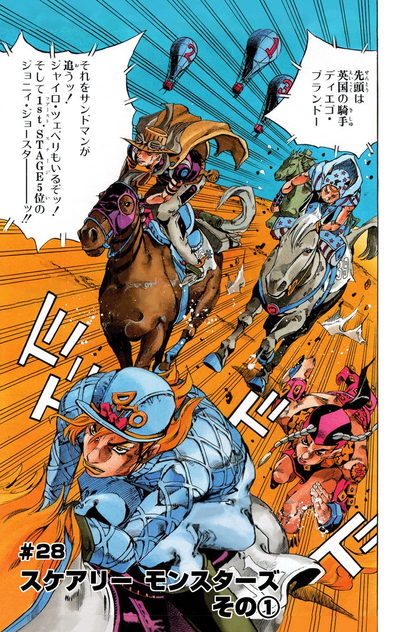 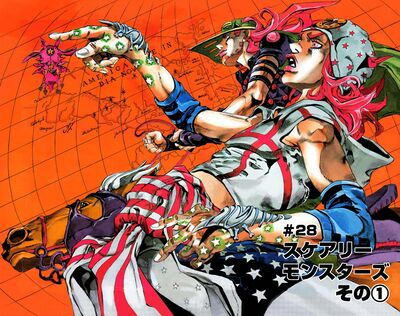 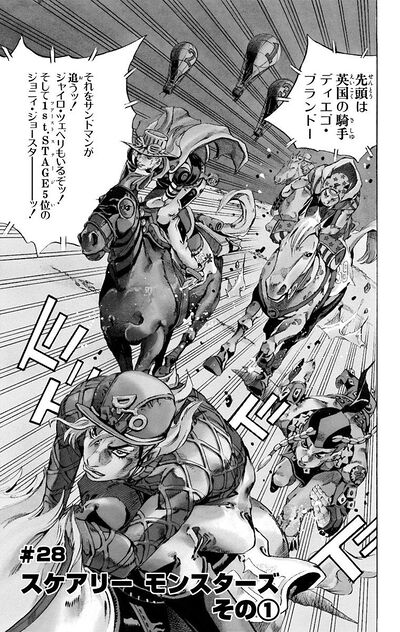 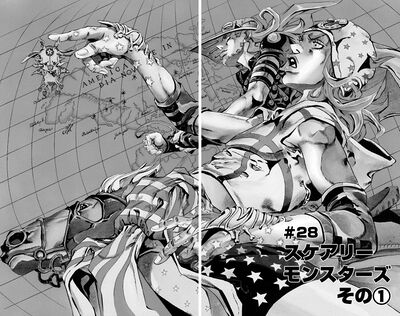 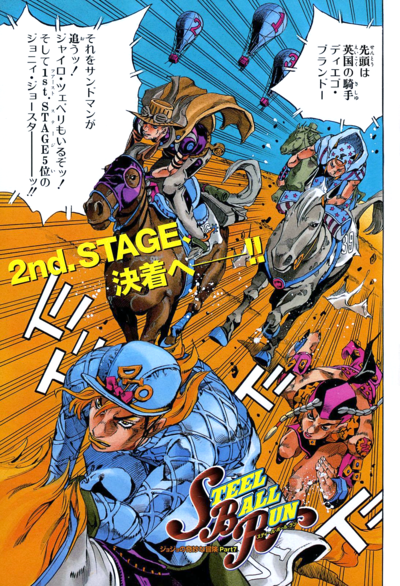 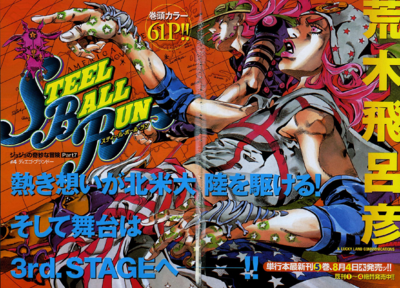 In the Rocky Mountains, Johnny and Gyro find Diego unhorsed and clearly suffering from a head injury. Surprised that a skilled jockey like Diego would fall off his horse, Johnny is suspicious and says they should leave him. He informs Gyro of his less-than-favorable opinion on Diego's character, repeating rumors that he married a wealthy old woman and was suspected to have murdered her to claim her fortune. Gyro gently chides Johnny for his lack of compassion and decides to check up on Diego anyway, offering to call for the rescue team on his behalf. Aggressively refusing any of their help, Diego shouts at them to back off, and loses consciousness near a dinosaur skeleton as Johnny and Gyro move on.

That evening, Diego catches up to the duo. He is in an uncharacteristically jocular mood, telling jokes and showing off on his horse. Johnny notices cracks forming on his skin and spines jutting from his back. Diego proposes that they rest in a village nearby and Gyro has no choice but to accept, the mountains being full of bears and cougars. At dusk, Johnny prepares some coffee while Gyro comes out looking for food. Diego is acting more and more strangely, eating gastroliths and being somehow blind to immobile object yet being agile enough to catch a fly, to Johnny's bewilderment. Gyro comes back, complaining about the many flies in the house but soon discovers the corpse of a mauled black bear right under the window, and Diego has transformed into a dinosaur.