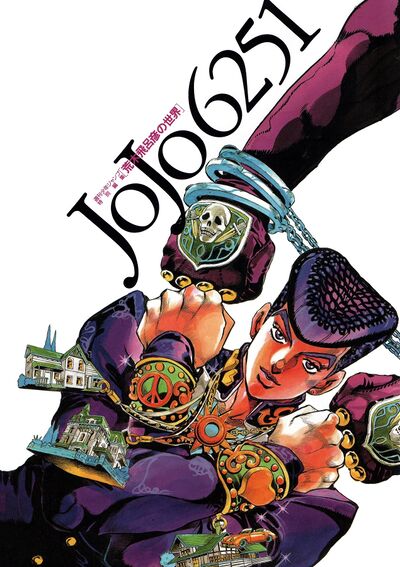 The artwork of Josuke on the cover took Araki 6 hours to complete, half of it spent on coloring alone.[4]

There is an error in the glossary of terms where in the entry for "Danse Macabre Hair", it states that it appeared in Part 2 instead of Part 1 and that Joseph fought Bruford instead of Jonathan.