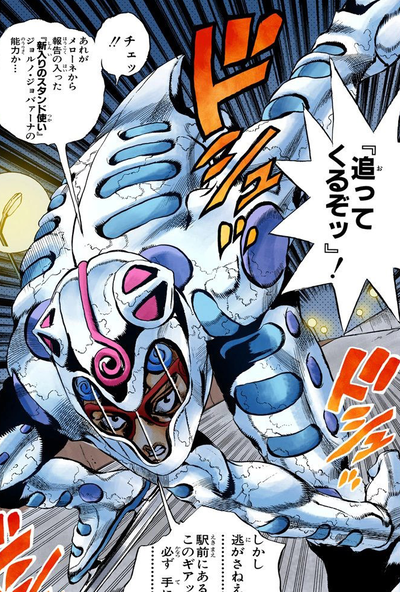 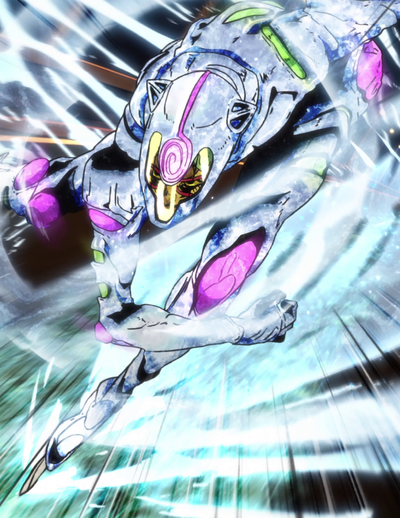 Destructive Power
A
Speed
C
Range
C
Stamina
A
Precision
E
Developmental Potential
E
A
B
C
D
E
A: Very Good
B: Good
C: Average
D: Poor
E: Very Poor
“
There is nothing that can move in the cryogenic world. I can freeze anything in the universe!
”
—Ghiaccio about his Stand, Chapter 512: White Album, Part 4 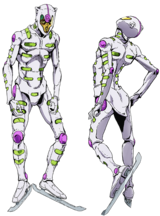 Araki stated that he created White Album after being inspired to create an opponent that "would skate down a road" to attack.[9]