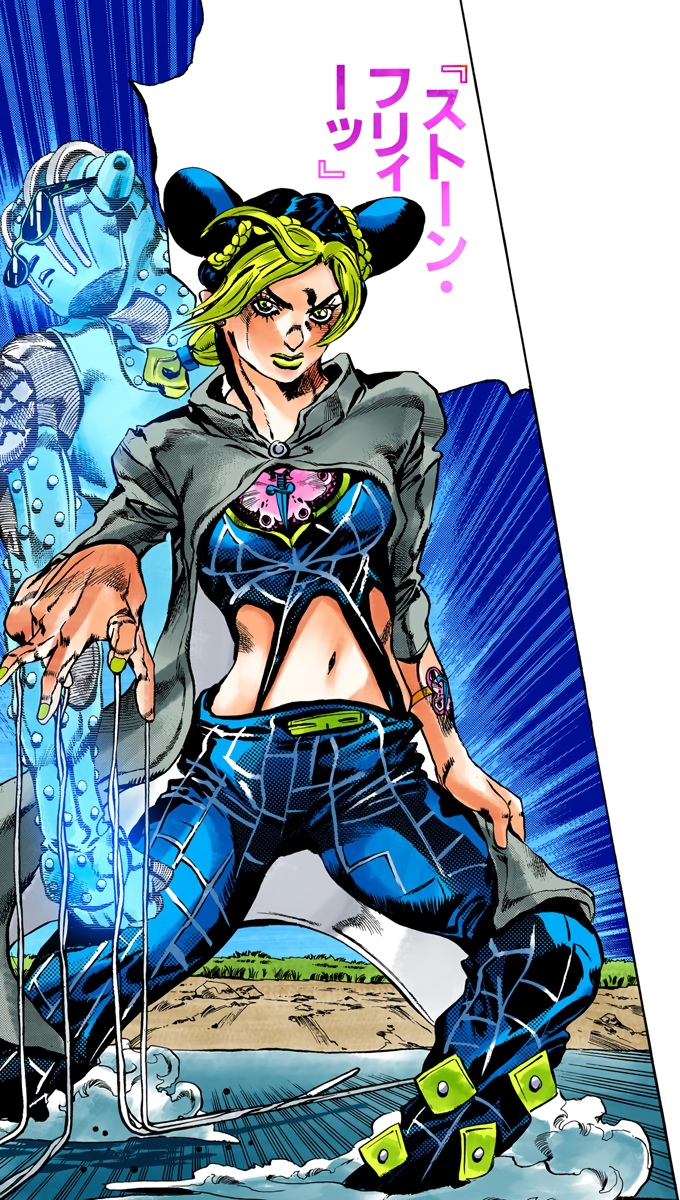 Any shade of red

To become an animator

Welcome To My Profile!

Hello there! I'm Blobert1747 and this is my profile! On this wiki, I'll mainly do small edits or fix errors that I find while surfing through the wiki pages, mainly grammar or missing information. I'll sometimes do big edits here and there, but I'll mainly stick to smaller edits most of the time.

I started reading JoJo's Bizarre Adventure on May 21st, 2020 and caught up to the latest chapter on August 14th, 2020. My favorite parts during my run-through of JJBA are Diamond is Unbreakable, Stone Ocean, and JoJolion. This series is extremely fun to read, and is the second longest series I've stuck with from start to finish, the first being One Piece, which I am also a big fan of.

I started watching anime during 2017 and knew practically nothing about JoJo's Bizarre Adventure. I had never heard about it until I really got into the anime community, where several memes and people's recommendations were about JoJo and how good of a series it was. Seeing how many people enjoyed talking about it, I decided to try and watch it to see why everyone liked it so much, and I got up to the first few episodes of Battle Tendency before dropping it out of boredom. At the time, my memory wasn't the best when it came to watching any kind of shows, so I'd forget important events or pieces of information very quickly, so by the time I was watching Part 2, I didn't really understand what was happening. Eventually, I'd come to try JJBA for a second time, and I nearly finished it, getting all the way to Episode 19 before dropping it a second time for the same reason.

A long time passed after that, then in May of 2020, I decided to start reading the manga instead, taking my previous attempts of watching the anime into account along with my recent interests in reading manga. The art style for Phantom Blood took me by surprise because I hadn't read a manga series that had so much detail before, so I really enjoyed reading through Parts 1 and 2. Then, once I started reading Stardust Crusaders, I started to really enjoy the series. All the different types of Stands in Part 3 and later parts really amazed me, along with all the real-world locations featured in the manga, like Orlando and Cape Canaveral in Stone Ocean. Then, once the universe was reset during the ending of Part 6, Steel Ball Run and JoJolion were very interesting to read because of all the similar names between the two universes, like Gyro Zeppeli and Caesar Zeppeli or Josuke and Josuke. Both were extremely enjoyable, especially JoJolion because of the return of the Higashikata Family and Morioh, which were first shown in Diamond is Unbreakable, my all-time favorite part. The stands in the later half of the series are really nice too, like Sticky Fingers, Stone Free, Civil War, and Love Love Deluxe. This manga is really good and i'm really excited to see Hirohiko Araki's future works.

Along with JoJo's Bizarre Adventure, I am a big fan of many other series, like One Piece, My Hero Academia, and RWBY[Note 2], to name a few. Reading manga and watching anime are some of my favorite things to do, and I love discussing topics with other people. I've also been trying to get into drawing, having done a couple small pieces before, and in the future, I would love to become an animator as my full-time career.

Here are some of my social media accounts:

A Big Chart of Things I Enjoy

These are my favorite JoJos

Josuke Higashikata
These are my favorite characters

Daiya Higashikata
These are my favorite Stands