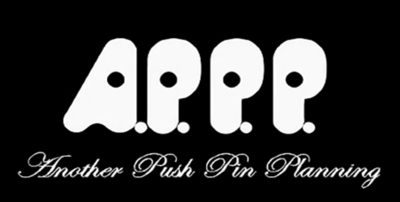 A.P.P.P. is a Japanese animation studio known for producing the OVA series and film adaptation of JoJo's Bizarre Adventure.

Since being founded in 1984, the company has worked in collaboration with various companies to create animated films and television series. The company currently remains as a subcontractor for other studios and is credited for co-producing and providing animation assistance.

Their properties in North America were licensed and distributed by the subsidiary company called Super Techno Arts, established in 1996.

These Part 1 & 2 storyboards found online,[1] were on the English DVD's of the OVA's as a bonus feature where Joseph Joestar's English Voice actor, Michael Bennett, Narrated over storyboards of the events of Parts 1 & 2.[2] Nothing was ever officially confirmed by A.P.P.P. if they were going to use these for something else such as an adaptation.

On May 22, 2008, Studio A.P.P.P. and Super Techno Arts permanently halted DVD shipments for the JoJo's Bizarre Adventure OVA after a complaint had been launched against them from Egyptian Islamic fundamentalists, after noticing a scene depicting the villain, Dio Brando, reading a pages from the Qur'an.[3]