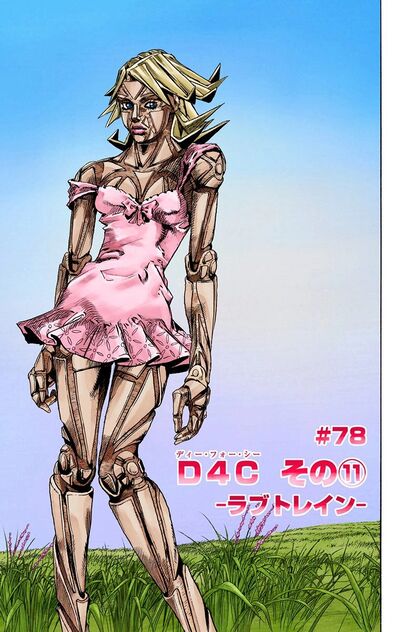 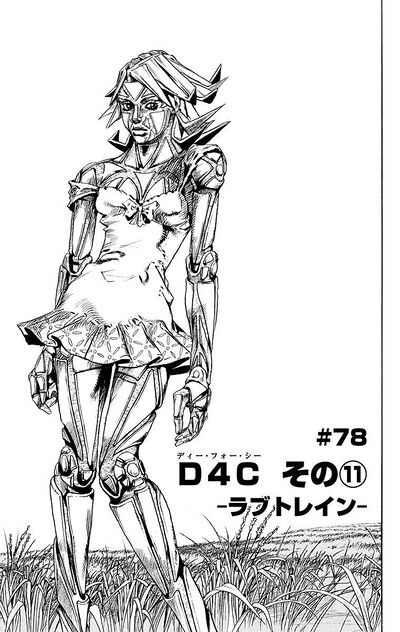 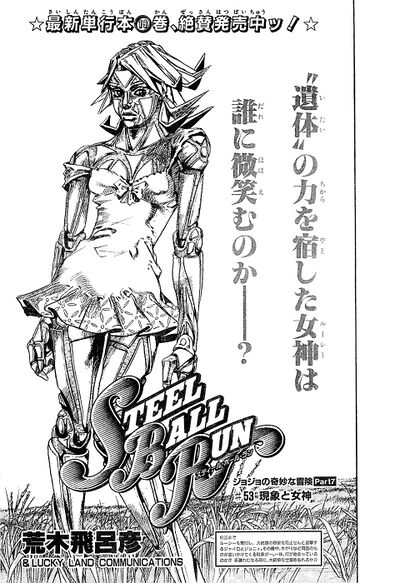 As he observes Lucy, who is now unconscious, Valentine discovers that there is a gap in space in which he can enter at will. He understands that this gap is the manifestation of an ability the Corpse has drawn out of D4C and becomes ecstatic.

Johnny and Gyro have caught up to the train, and Gyro peeks inside the locomotive, only to see that the train engineer is a normal human Valentine trapped halfway through a mirror. The engineer explains that if he lets go the handle, he will be drawn toward the alternate engineer who was killed in the other side of the mirror. He then asks Gyro to deliver him, which Gyro cannot do. Johnny sees Valentine holding Lucy and shoots four times with Tusk ACT 2. Valentine shields himself with Lucy but the holes moves from Lucy to Valentine.

The President proves unable to send the holes to alternate dimensions and they reach his hands which Johnny shoot another two times. However, Valentine puts his hands into the gap in space and he sees the hole disappearing from his hand and killing two farmers afar instead. Valentine finally realizes that Lucy is drawing "good fortune" close and rejecting "misfortune and harm" away. Gyro then sees the wound from his finger move up his body and reach his carotid, severely injuring him. Valentine then proceeds to spring out of the train car.