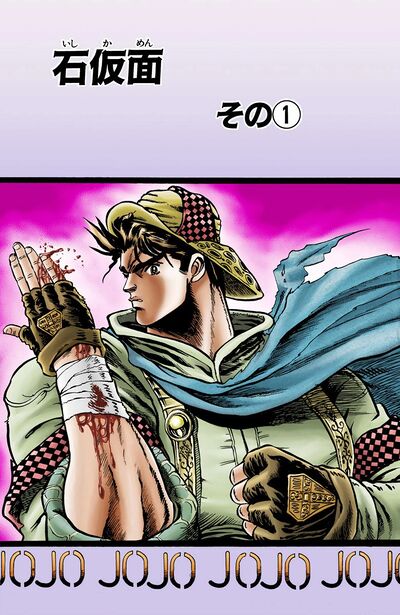 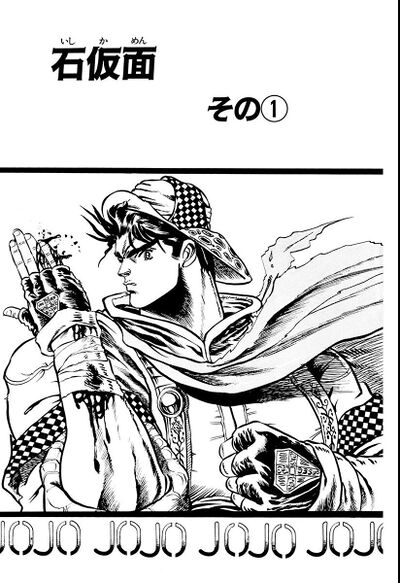 Jonathan visits his father, telling him that he will be going to London for two or three days. JoJo asks him to allow the doctors he brought to take care of him, and only accept treatment from them. George accepts JoJo's conditions saying that he is sure that Jonathan must have a good reason to have made these requests. As Jonathan leaves for London he realizes that if his father has been poisoned it is likely that he will need an antidote; he vows to protect his father. Meanwhile, in the Joestar mansion, Dio breaks into Jonathan's desk and reads the notes that Jonathan has written about his research on the Stone Mask. Dio has decided to kill Jonathan, using the mask to pierce his brain as appears in JoJo's notes. The wounds would not be from a weapon that could be traced back to Dio, and it would appear to be an accident based on Jonathan's own research leaving out any suspicions.

In London, the carriage driver refuses to go on as they have arrived at a particularly dangerous area of the city. Jonathan decides to continue alone, ignoring the driver's advice, saying he will complete his mission even if it costs his right hand. After hearing that Jonathan has gone to Ogre Street, Dio concludes he will not have to kill Jonathan because he is either dying or already dead.

Jonathan walks along the maze-like Ogre Street and notices a cat running off with a dead puppy in its jaws; shortly after which he is attacked by three men. Determined by his cause, Jonathan risks injury by grabbing the blade of the first attacker. A Chinese man then attacks JoJo, claiming to be a martial arts master. After JoJo has incapacitated both of them, he decides to ask the Chinese man where he can find a place where oriental poison is sold.

Author's Note
“
Due to Assistant Y's cold, the work place is riddled with masks. I wonder if we can do something about it.
”
—Hirohiko Araki
“
アシスタントの君の風邪で、仕事場はマスク人間だらけ。なんとかならないかなあ。
”
—Hirohiko Araki