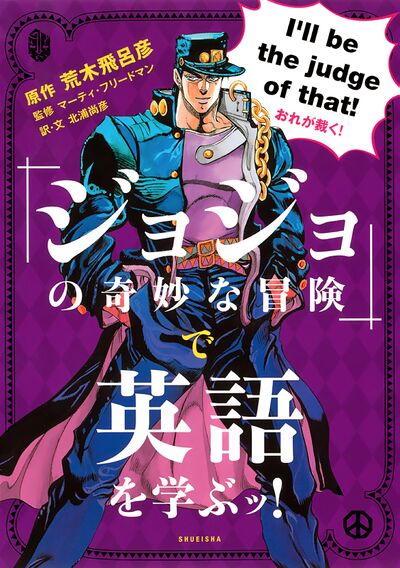 The book features English translations of major moments and lines taken from Parts 1 through 4 of the JoJo manga. A second book titled Learn More English with JoJo's Bizarre Adventure was released on August 26, 2016 with quotes from Parts 5-7.

The book is a JoJo's Bizarre Adventure themed conversational English instruction guide for the Japanese demographic and is supervised by former Megadeth lead guitarist, Marty Friedman. While the reader won't learn how to holler as fluently as Joseph, the non-textbook approach will help them pick up on how to speak in the manner of the series' flamboyant characters with a guide to their most quoted lines and exclamations.

Unlike the majority of Japanese books, this one is read from left to right instead of the usual right to left.

The book is divided into four sections and consists of quotes from Phantom Blood to Diamond is Unbreakable: