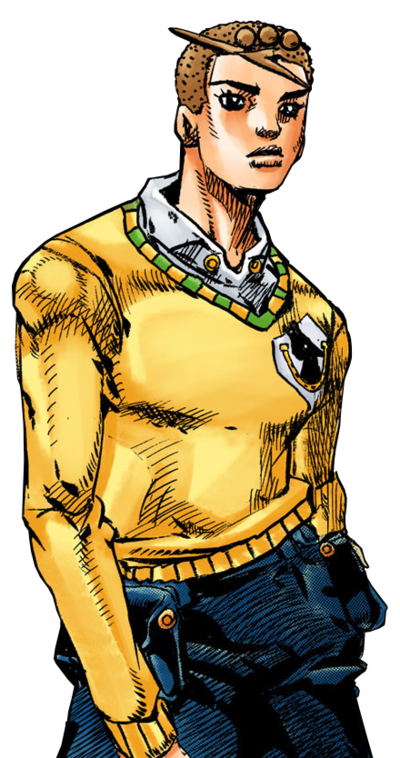 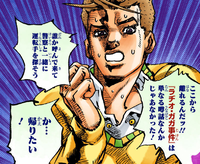 Joseph is a polite teenager who doesn't hesitate to help an elderly woman retrieve her stolen luggage from a thief. He formally refers to Lucy as "madam" before learning her name and cares for her well-being when she starts coughing.[1] His concern for Lucy's health extends as far as traveling back with her to America to make sure she would be okay on her voyage and flight.[3] He is also knowledgeable of Morioh's history and landmarks.

When faced with the danger though, Joseph stands his ground and fights Radio Gaga, using his proficiency as a Stand user.[3]

Joseph is uncannily proficient at throwing his getas. He is able to throw them with a great deal of precision, for instance knocking down a running thief with them,[1] or managing to throw a geta between the plates of Radio Gaga.[3]

Born Joseph Joestar, he is the son of George Joestar III, and the grandson of Rina Higashikata and Johnny Joestar. He was named by his grandmother Rina who lived with him in S City. His name spelled in Japanese, Josefumi (仗世文), earned him the nickname "Fumi" (文).[3] 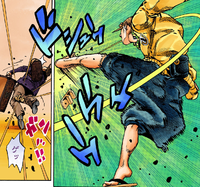 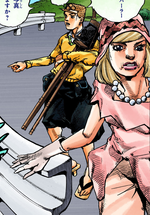 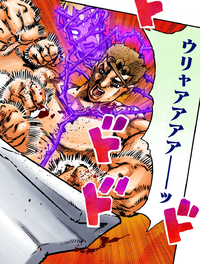