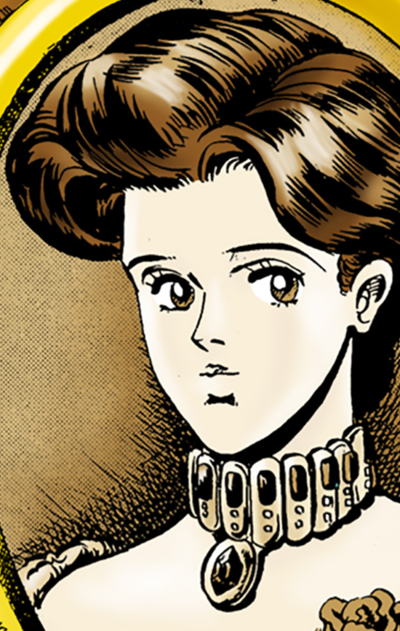 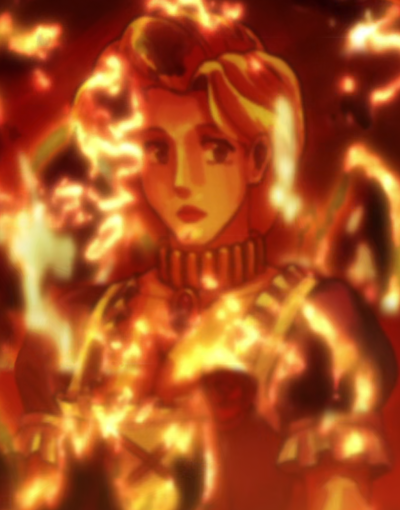 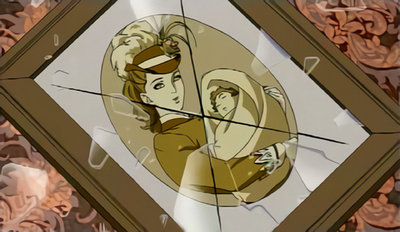 The series is known for alternating colors between media, the information presented below may or may not be canon.
Skin(Pale)
Hair(Brown)
Eyes(Brown)
Outfit
(Beige dress with an orange rose, gold jewelry.)