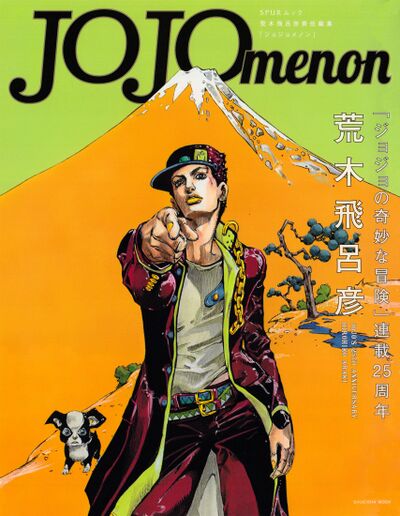 JOJOmenon (ジョジョメノン) is a mook published by Shueisha and edited by SPUR. The magazine was released to commemorate JoJo's Bizarre Adventure's 25th Anniversary and features artwork, interviews and articles relating to the series.[2]

The mook is split into two different sections. A full-color reprint of Kishibe Rohan Meets Gucci from the October 2011 issue of SPUR is included, as well as several JoJo's Bizarre Adventure stickers.