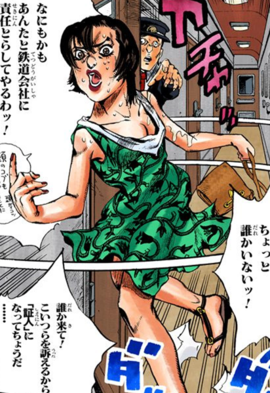 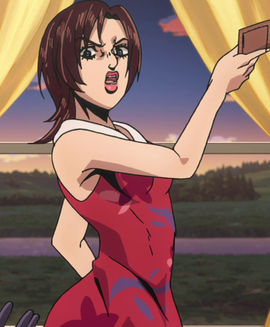 GW Episode 17 - Baby Face
“
I knew I shouldn't have gotten on this train with all these peasants.
”
—Anita, Chapter 500

Anita (アニータ, Anīta) is a minor character featured in the fifth part of JoJo's Bizarre Adventure, Vento Aureo. She is the mother of Melone's Stand, Baby Face.

Anita is an attractive upper class woman. She has short hair and is shown wearing an expensive dress. According to Melone, her health and physique are "perfect".

According to her, her family ranks high up in the police and government.