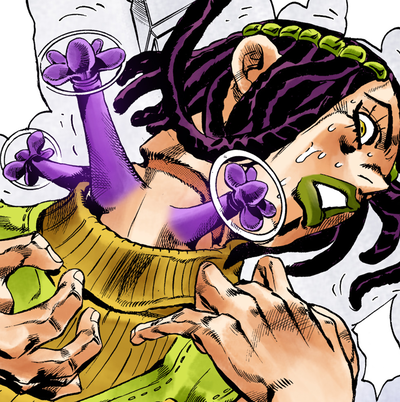 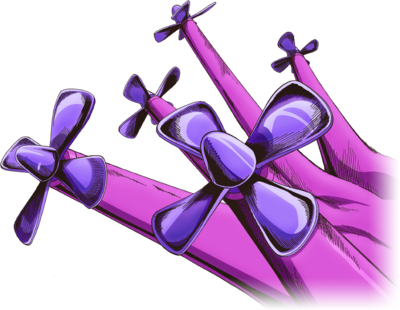 Highway to Hell (ハイウェイ・トゥ・ヘル, Haiwei Tu Heru) is the Stand granted to Thunder McQueen by Whitesnake, featured in the sixth part of JoJo's Bizarre Adventure, Stone Ocean. Appearing as a set of propellers from their victim, Highway to Hell will inflict to a designated victim all the damage that Thunder McQueen suffers.

The series is known for alternating colors between media, the information presented below may or may not be canon.
Protrusions(Purple)
Protrusions(Magenta)
Propellers(Purple)