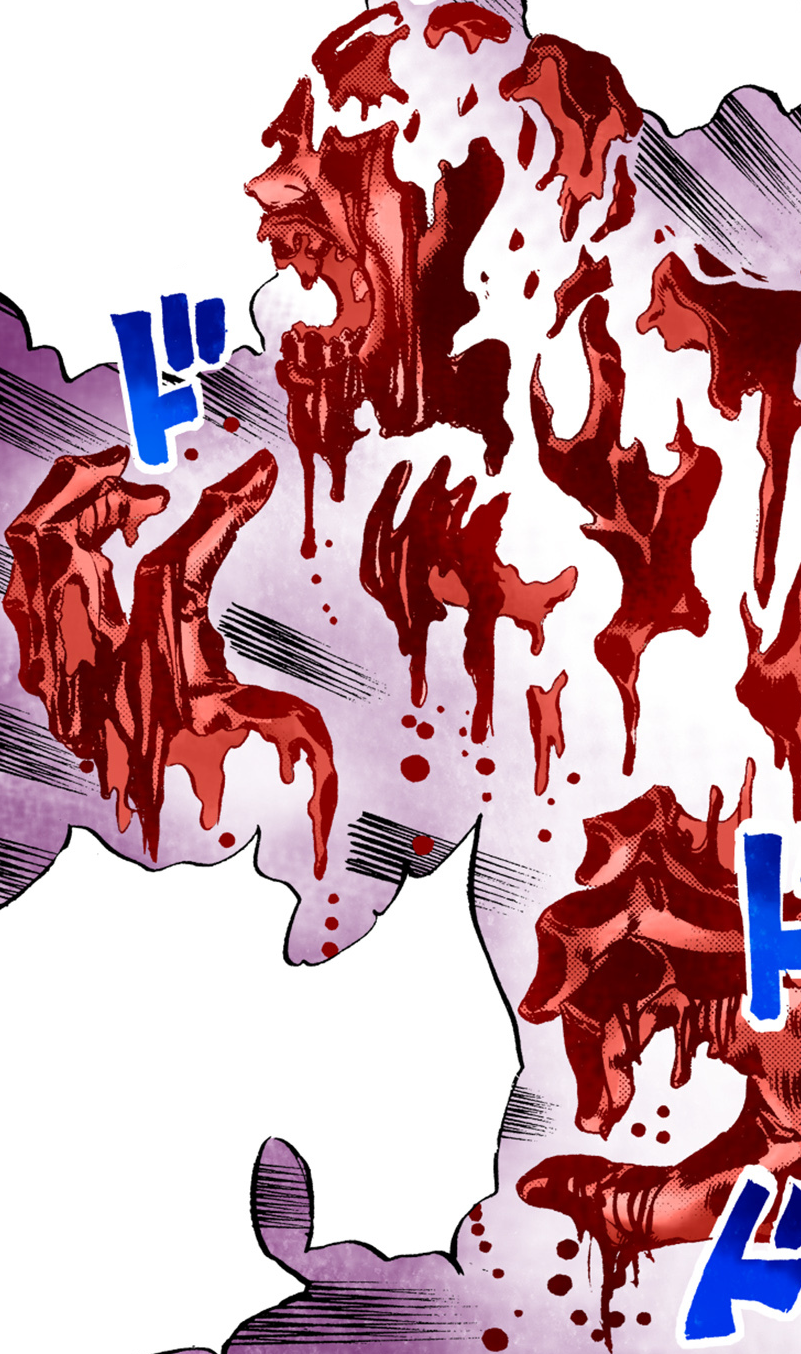 It is a pure ability Stand that allows Sports Maxx to turn himself and other life forms into invisible zombies. 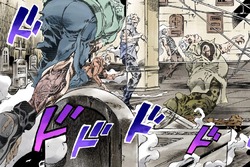 Limp Bizkit enables Sports Maxx to create "zombies" from the corpses of the dead.[1]

When Sports Maxx activates Limp Bizkit, all corpses nearby generate invisible wraiths.[1][2][3] These "zombies" manifest as tangible yet invisible spirits that climb out of their corporeal bodies and attack anyone nearby upon Maxx's command. The ability works on anything considered deceased regardless of the species or the date of death, such as maggots, taxidermied animals (such as birds and alligators), deceased prisoners from the Green Dolphin Street Prison graveyard, and even Sports Maxx himself.[1][2] Sports Maxx also displays the ability to track the zombies he creates to a degree, as he was able to sense the Green Baby and feel its movements.

Sports Maxx seems to be able to use his ability to affect partial remains, such as body parts, as shown when he created the Green Baby from DIO's Bone.[7] While this is described as "reviving the bone" by Whitesnake, it is more likely to be Sports Maxx creating a being from the spirit that Whitesnake described as being in the bone, as he would with any standard zombie.