Pasting stuff here so I don't have to open my tablet notes every time.

Bungo Stray Dogs
Kafka Asagiri, creator and writer of the Bungo Stray Dogs series, cites JoJo's Bizarre Adventure as a major influence while creating the manga. In a 2013 interview with Comic Natalie, Asagiri draws a similarity between Bungo Stray Dogs and JoJo's Bizarre Adventure characters, noting that although the humans themselves are weak, they are strong in a way that they can overcome obstacles with their courage and determination and not just with their Stands or special abilities.[1] Something something fan of the story, writing a series of tweets related to the concept of what?[2]

Hiroshi Kamiya (神谷 浩史, Kamiya Hiroshi) is a Japanese voice actor, singer, and narrator. He is credited as the voice actor of REDACTED in the TV anime adaptation of REDACTED, as well as Rohan Kishibe in the Bandai Namco video games.

Aside from his roles in JoJo's Bizarre Adventure, Kamiya is also best known for providing the voices for Levi Ackerman in Attack on Titan, Trafalgar Law in One Piece, Yato in Noragami, Koyomi Araragi in the Monogatari series, Saiki Kusuo in The Disastrous Life of Saiki K., Mephisto Pheles in Blue Exorcist, and Edogawa Ranpo in Bungo Stray Dogs.

Once Shredder is done stitching the episode frames:

“
Commemorating the 30th Anniversary of 「JoJo’s Bizarre Adventure」, Yamazaki Kento partipated in the zenya special preview event of 「Araki Hirohito Original Artwork: JOJO Exhibition in S-City Morioh-cho 2017」that opens today！ Together with creator Araki Hirohito, he toured the venue. We will be reporting on it！#jojomovie

Being able to view the original artworks together with the one who gave birth to「JoJo’s Bizarre Adventure」, Yamazaki-san said excitedly「I’m super duper happy, and nervous」and he was overwhelmed when he said 「I’m really happy to be able to walk around with Araki-sensei in this Sendai that Morioh-cho is modelled after」 #jojomovie

「It’s been 5 years since the last JOJO Exhibition was held in Sendai in 2012, so I’m truly honoured. I’m really happy that Yamazaki Kento-san who plays the role of Higashikata Josuke is here today. He’s really cool right! Recently I’ve been looking at Yamazaki-san to draw instead」, revealed Araki-sensei. #jojomovie

The multi-coloured artworks were lined up in the JOJO Exhibition, and Araki-sensei explained 「I drew these initially for magazines, but I’d like people to see the depths of the colours hence the existence of the artworks exhibition. I believe that the power of colours will be expressed when combined (with my drawings) hence I had them painted. They weren’t painted on impulse. They were done after much consideration.」 #jojomovie

In the midst of their passionate conversation, the two moved over to the exhibition of the 4th arc which was depicted in the movie. They stopped in front of the drawing of Josuke and Morioh-cho that was drawn for the JOJO Exhibition in 2012, and appreciated it with deep emotions. Araki-sensei guided Yamazaki-san on the unique pose of Josuke, and they even did the Josuke pose together in front of the drawing！#jojomovie

After this, the two of them started talking about Josuke’s regent hair, and Araki-sensei also shared a secret story, 「Even if Mickey Mouse is totally black, one can tell who he is simply based on his silhouette. I made Josuke’s hair regent style for the same reason. The pointed part (of the hair) was also drawn with reference to batman.” #jojomovie

Then, together with Yamazaki-san, Araki-sensei viewed the artworks which were reproduced as scenes in the movie. He said「The character creations of all the cast were really brilliant, and everyone truly got into the story. These dominated the world view, and it was truly brilliant!」, giving his stamp of approval！#jojomovie

Yamazaki-san said to Araki-sensei 「The way Crazy Diamond heals and battles is very innovative and charming. Even if the nose is crooked from battle, he’s able to heal！This power is amazing」 and Sensei said in response, 「It’s interesting even when it’s drawn in pictures. I think the sequential aspect of destroying followed by healing is really suitable for a movie. It’s brilliant」#jojomovie

Also, one drawing that Yamazaki-san took an interest to among the artworks at the exhibition is the cover image of Vol.31,「I love the strength conveyed from Josuke’s side profile and the silhouette of his regent hair. The strength of a man can’t get any stronger than that. I can also feel his kindness」, he said of Josuke’s charm. #jojomovie

Araki-sensei also said, 「I also loved drawing this. Although it’s his side profile, I had a hard time drawing the part where the light hits his face, and that elegance. Something is happening there at the window glass.」 Finally he said to Yamazaki-san, 「I’m really honoured to have you here at the Sendai JOJO Exhibition. There isn’t anything more memorable than this.」#jojomovie

Yamazaki-san also said with gratitude, 「During such a memorable 30th Anniversary, to be able to portray Josuke in the movie, I really feel honoured.」and as a closing comment of the special preview event, Araki-sensei praised Yamazaki-san for being a perfect fit for the role of Josuke, 「Even on normal days, you are Josuke！」 #jojomovie

After the event ended, Yamazaki-san said「To be able to walk around with the creator of this world Araki-sensei, there isn’t a more fortunate time. I was really happy to be able to spend such precious time with Sensei in Sendai, which was the model for Morioh-cho. Viewing the original artworks live, I could feel the difference in the vibrance and depths of the colours. I was really excited to be able to see the colours of Araki-sensei’s drawings and the poses. Each and every one of this artworks exhibition is enjoyable so please come visit. Also, the movie can be enjoyed along with it.」#jojomovie[6] 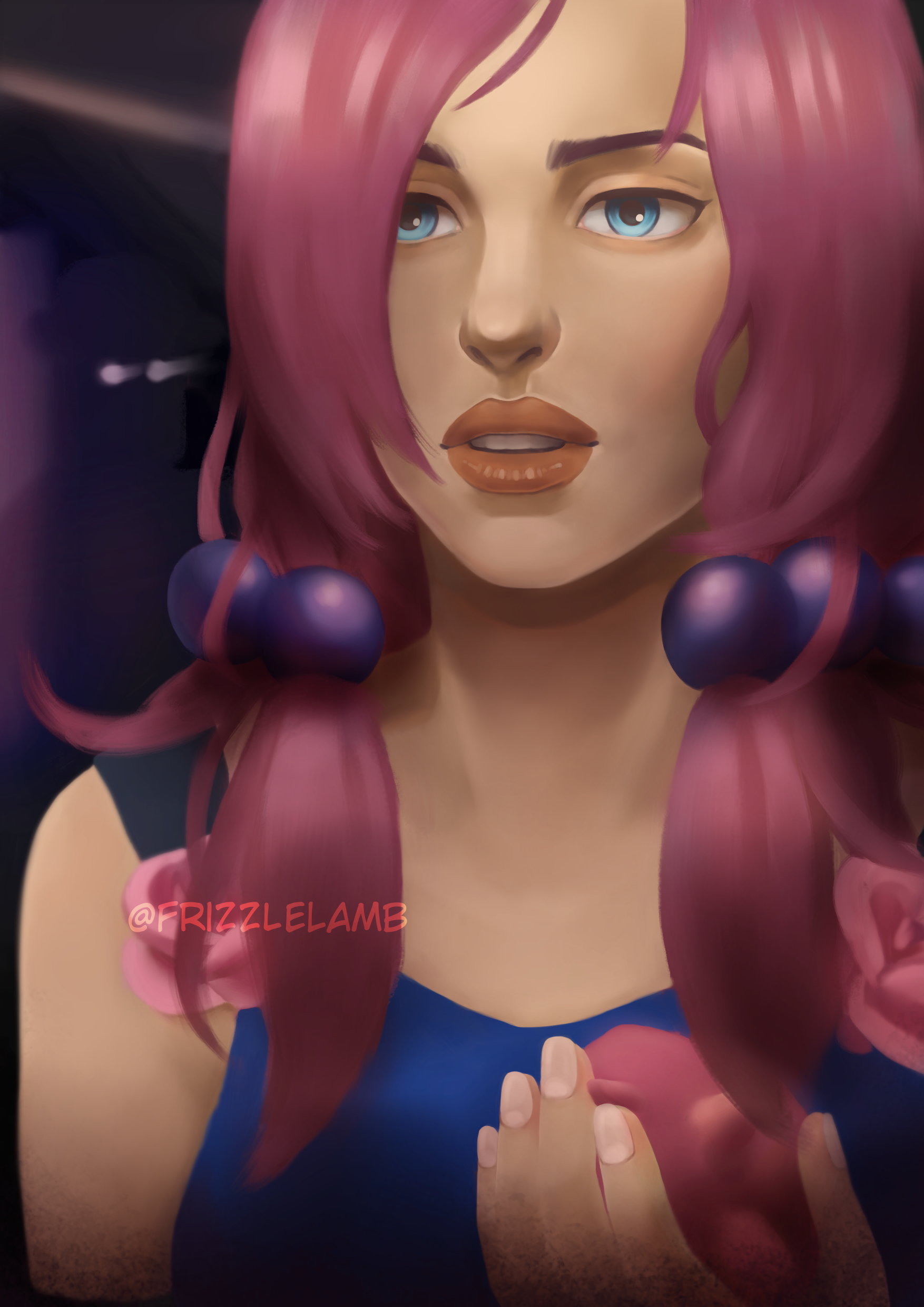