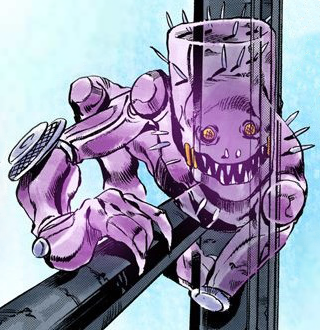 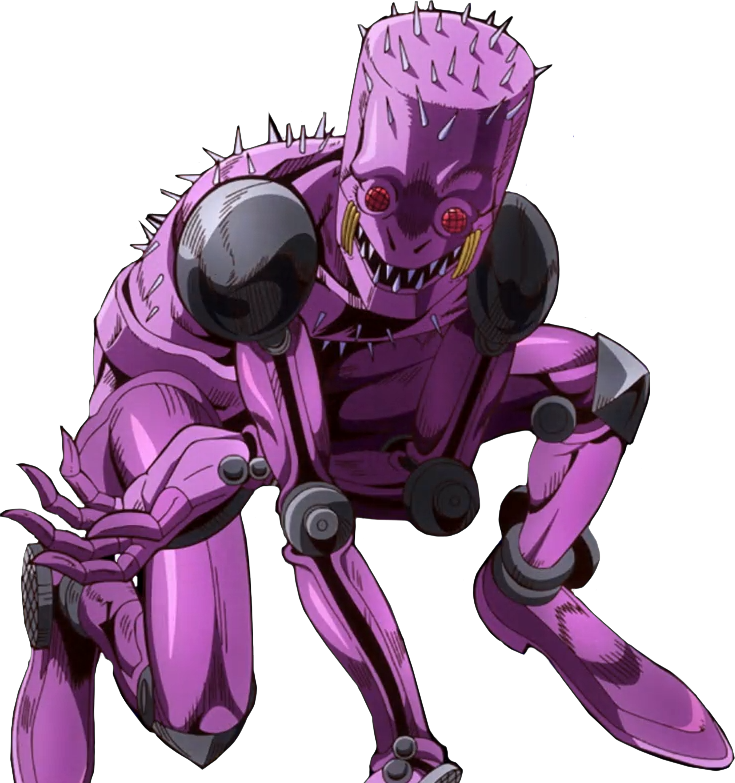 Destructive Power
D
Speed
C
Range
B*
Stamina
D
Precision
B
Developmental Potential
B
A
B
C
D
E
*(Range: 20-30m)
A: Very Good
B: Good
C: Average
D: Poor
E: Very Poor
“
Goo Goo Dolls. This is the name of my spiritual power. Sooo? Do you like it, Jolyne? Isn't it cool?
”
—Gwess, SO Chapter 7

When in range, Goo Goo Dolls can instantly shrink its victim to the size of a mouse, the size reduction is instantaneous and unnoticeable at first by the victim.[3] On the other side, once a shrunken victim goes far enough from Gwess, they will grow back continuously.[5]