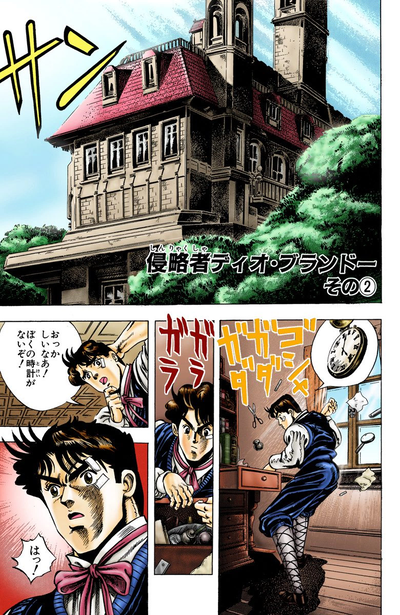 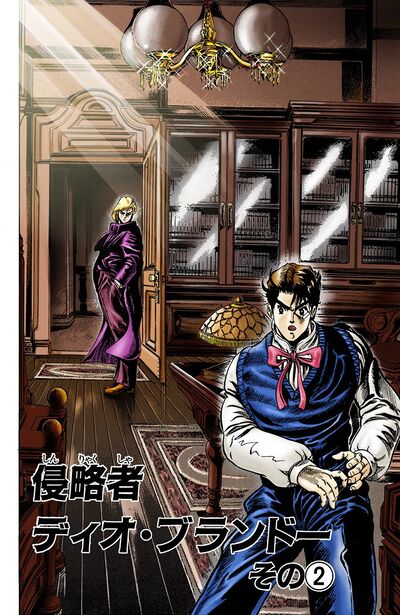 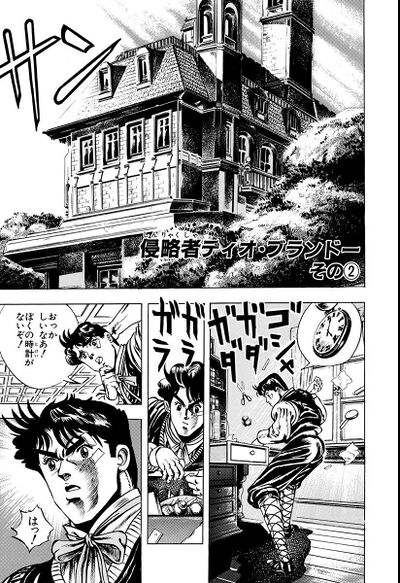 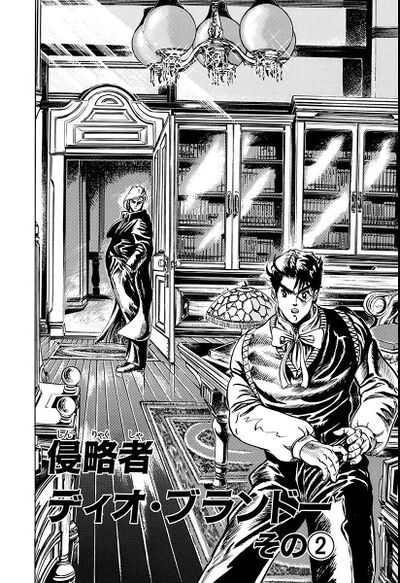 In the surrounding countryside, Jonathan is playing with Danny while smoking a pipe in a large tree. When a group of local boys pass by, he calls out to them and invites them to join him because there are no adults around but they pass him by, claiming that JoJo would rat out all of their plans. Jonathan concludes that Dio has been spreading rumors about him so that no one would want to make friends with him. Jonathan reflects on how he is always being compared to Dio and that his life had fallen to pieces as soon as he arrived at their house. He pets Danny, grateful that he will remain with him no matter what Dio does. Suddenly, Jonathan sees a girl looking at him from behind a nearby tree; she runs away, leaving a basket of grapes on one of the branches. Jonathan recognizes her as the girl who had been bullied a mere few days ago. JoJo sees that she had cleaned his handkerchief as well, and wonders who she is.