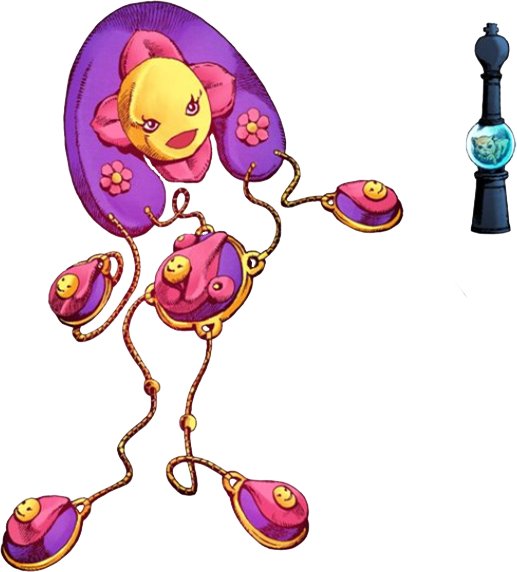 A toy-like apparatus, California King Bed is composed of a head and five smaller connected units, loosely representing a torso and limbs; all bearing a smiley face. The head is composed of what looks like a U-shaped travel cushion, both ends topped by a simple daisy-like flower; bordering a sort of smiley, surrounded by four large petals, with a cheerful open-mouthed smile comparable to that featuring in Takashi Murakami's work Smile.

The series is known for alternating colors between media, the information presented below may or may not be canon.
(California King Bed)
Body
(Purple pillows, golden chains and holders)
Faces(Yellow face and hot pink petals) 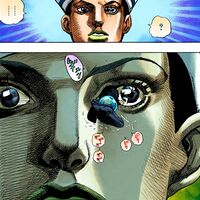 California King Bed's ability can steal part of someone's memories if they break a rule set by Daiya.[1] The rules set by her can be anything such as not making Daiya worry.[2] Daiya must be sure that a rule is broken in order to steal a memory.[1]