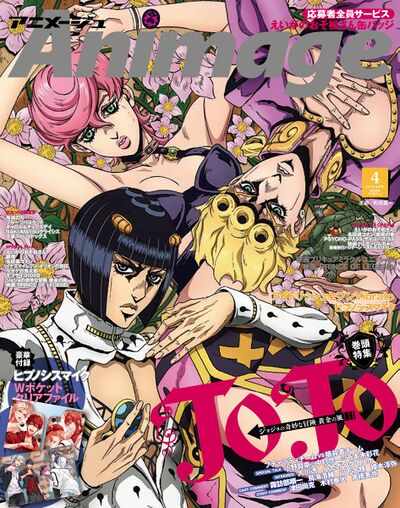 Animage (アニメージュ, Animēju) is a monthly anime and manga magazine published in Japan by Tokuma Shoten since 1978.

Animage was established in 1978 as the first magazine devoted to animation and comics aimed at a general public and not professionals. The children's television magazine "TV Land" has nurtured the project of a new magazine. When their special edition "Roman Album Space Battleship Yamato" sold at a record 400,000 copies, and permission was granted to launch a monthly anime magazine. The magazine name was chosen by Hideo Ogata, the editor-in-chief of the first issue, "Animage" being a mix of the words "animation" and "image." The first edition of the magazine was published as "Bessatsu TV Land". The price was set high at 580 yen to give an impression of luxuriousness. The July 1978 issue sold out 70,000 copies and quickly grew to 250,000 copies.

One of the editorial policies of the magazine was to spotlight creators. Animage was one of the first to develop the strategy of Media Mix (making a franchise grow across several types of media), backing up the productions such as Mamoru Oshii 's video animation "Angel's Egg" and Yoshikazu Yasuhiko's "Arion" film adaptation. Also, in the August 1981 issue, Hayao Miyazaki, who was beginning to make a name for himself, was featured in the magazine as soon as possible, and then from the February 1982 issue, Hayao Miyazaki serialized the manga "Nausicaä of the Valley of the Wind" in Animage. It led to the establishment of Studio Ghibli. Toshio Suzuki, who would become president of Studio Ghibli, was the editor in charge at that time.

On December, 1982, the first issue of Animage Bunko was published. The magazine celebrated their 20th anniversary on June 10, 1998 (July issue). For that occasion the magazine expanded its format to the current A4 variant format and changed their name to "Animage" in English. However, the name would be reverted back to katakana on the July issue of 2002. Animage opened their official website on June 8, 2007.