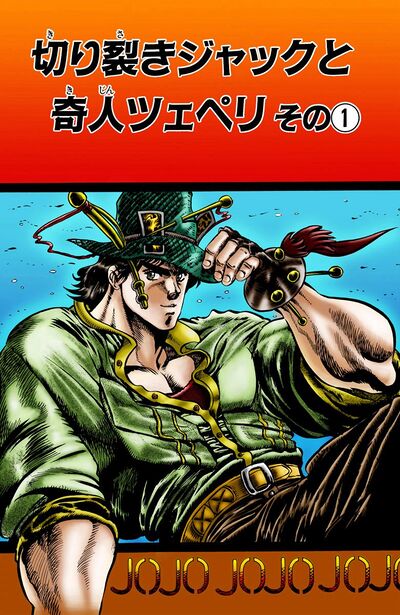 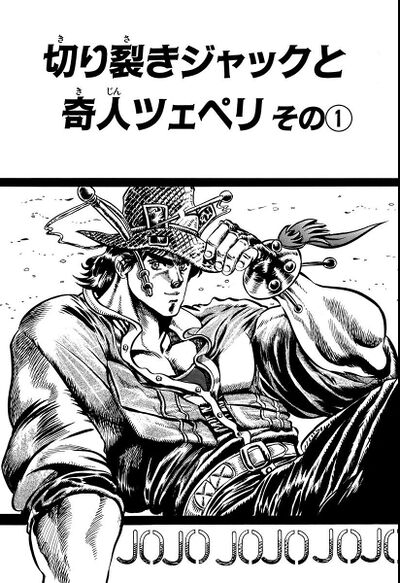 The papers report the continuous murder performed by the notorious Jack the Ripper; nothing is known of his identity. During this time, late one night, a couple is seen walking down an empty street in London. The woman says she has read in the news that the killer known as Jack the Ripper has been murdering women recently, and she is afraid of running into him. The man asks why she is afraid, since he has been with her the whole night. The woman is confused, but, before she can react to his words, Jack slits her throat and stabs her to death.

As Jack finishes his murder, Dio appears behind him in a wheelchair, pushed by the zombie Wang Chan. Most of Dio's body is wrapped in a cloak, but part of his face can be seen, burned from the fire he was in. He tells Jack that he is interested in Jack; however, the serial killer is only concerned that someone had seen him commit one of his crimes and says that he can not allow Dio to live. Jack slashes Dio's face several times, but the vampire is unperturbed, remarking that he will be needing servants to follow him from now on.

Dio reflects on how he survived the incident. When the statue was crushed by a collapsed pillar, he hollowed it out enough to protect himself from the rest of the flames. The wounds he sustained that night are severe, and he needs the life force of more than a few people to be fully healed. He promises Jack that if he joins him, he will obtain magnificent powers. Jack agrees to Dio's offer and is turned into a zombie.

Back at the remains of the Joestar Mansion, Jonathan looks for the Stone Mask among the rubble. He is worried when he can't find it, wishing to believe that it was crushed in the collapse of the manor, wanting to put the entire ordeal behind him. Erina joins Jonathan and hands him a cane to help him as they go for a walk together.

The two of them have not walked for very long when Jonathan notices a strange man sitting on a fence they pass by. He soon discovers that the man is following them. The man quickly runs behind a bush after being spotted. Erina asks if something is bothering Jonathan, and as he begins to say that it is nothing, the man is now sitting in front of them on a wall, eating a sandwich. The man reveals that he knows both of their names, and quickly jumps into the air without moving from his sitting position. He strikes Jonathan in the chest with his pinky finger to the shock of both him and Erina. A moment later, Jonathan's right arm has completely healed, something that should have taken months to happen.

The man introduces himself as Will Anthonio Zeppeli, and tells Jonathan he is an ally. He tells Jonathan that he can not defeat the Stone Mask with bravery alone.

Author's Note
“
We are looking for assistants. If you are motivated and like to draw pictures, please contact Mr. Kabashima, the editor.
”
—Hirohiko Araki
“
アシスタント募集します。絵をかくのが好きなやる気ある人、編集・椛島氏までを
”
—Hirohiko Araki