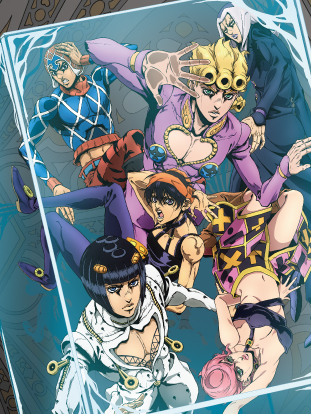 The Shelter (ザ・シェルター, Za Sherutā) is the Stand of Scatola, featured in Escape From JoJo's Bizarre Museum. It allows Scatola to trap others in transparent boxes.

The Stand's true appearance is unknown, but it is supposedly hidden somewhere in the Trappola Museum along with Scatola.[1] The boxes it creates when its ability is activated are translucent with a blueish tint, not unlike the appearance of glass.

The Shelter allows the user to encapsulate others inside completely sealed transparent boxes with seemingly no way to escape. Those who stay trapped in the boxes after 60 minutes turn into statues, essentially becoming "showcased art". The Shelter is capable of trapping other Stands, which disables their movement and the ability for the User to call them back.[1]