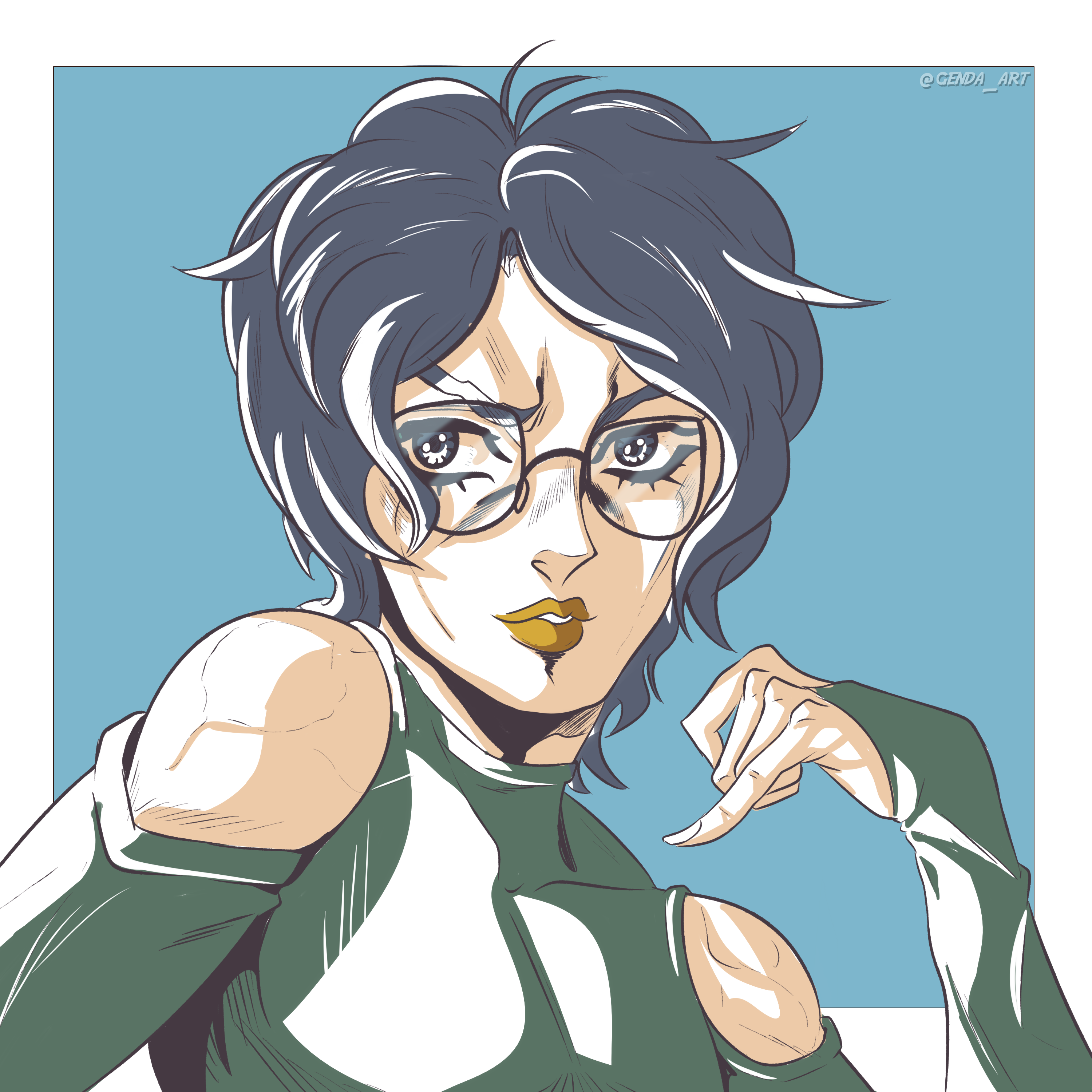 Per qualche dollaro in più (For a Few Dollars More)[2]

Pizza (Margherita with Speck and Gorgonzola)

I started reading JoJo in 2018, after a friend of mine asked me multiple times to start this bizarre adventure. I caught up to JoJolion during the serialization of the Doctor Wu story arc. After that I started reading Araki's one-shots like Thus Spoke Kishibe Rohan or Cool Shock B.T.. I joined the Wiki in late 2020 during the serialization of JoJolion's final arc, The Wonder of You. I started actively contributing to the wiki in 2021 by uploading images to the various galleries, doing interviews, and trying my best to write articles (English is my third language, so I had some troubles with the last one). In 2022 I became one of the admins of the official JoJowiki Instagram account[3] where we publish various interviews and info on the world of Hirohiko Araki. Check out our official account!

In January 2021, I opened my Italian Instagram news page, JoJoFeedback[4]. I use Instagram stories to talk about the latest news of JoJo, comment on recent events, or interact with my followers. Meanwhile, I use Instagram posts to dive into my personal opinions, discussing JoJo or just sharing some trivia on the works of Hirohiko Araki. I use many sources of information, for example: the JoJowiki itself, the official italian manga or the japanese forum jojolab[5]. My Instagram page is to these days the only JoJo-related news source updated constantly in all of Italy.

How was your experience with Araki-sensei? Did you enjoy working with him?

I started working as an assistant to Araki-sensei when I was 20 years old, around the time of JoJo “Part 2“. It was definitely a very fun job. I was happy to be in the industry that I had always dreamed of. ✨

However, I was still an amateur back then so I had a hard time doing my tasks. 💦

Backgrounds bear an important role in presenting the world of the work, particularly in JoJo. I was desperate to learn the job. Araki-sensei often scolded me. 😅

In the end, I retired from the JoJo manga after 1 year and 3 months. I had a lot of hardships, but it’s been immensely useful for me now‼️😊

How do you feel about your contributions to the JoJo anime? How did this experience affect you?

Am I still capable of drawing backgrounds for JoJo? How would I draw them after it’s been so long? Those are the kinds of thoughts I had while working. I resigned from being an assistant for the original work halfway through, so I’m glad to be able to contribute to the JoJo series through the anime now. 😊 I’m learning a lot. ✨

Do you enjoy working on “Stone Ocean”? What episodes has your work been featured in?

Of course, working on Stone Ocean is fun‼️ Although since it takes place in the closed space of a prison, it sometimes feels oppressive to draw compared to the backgrounds of Morioh Town in Part 4 or Naples in Part 5. 💦

I’ve been working with the other background line art staff to draw the backgrounds for various parts of Green Dolphin Street Prison. So, the places that I was in charge of appear nearly all the time. 😊

Do you have any plans to work on other works by Araki-sensei in the future?

That’s still undecided. I’d definitely do it if I ever get the chance to work on JoJo, Rohan, or anything else‼️

Who are your favorite JoJo characters?

…I think that’s about it⁉️😊

This is another tough question. 🤔

I’ve been a fan since the first and second parts of the manga, so…

I was fascinated. I was particularly drawn to the way Araki-sensei drew his backgrounds, which was a major motivation for me to become his assistant‼️

In Part 3 and beyond:

I guess that’s the gist of it⁉️ Of course, JoJo still has an endless amount of charm‼️😆

I want to visit there someday‼️✨

How was working on the JoJo anime adaptation?

The first thing I wanted to do after becoming an animator was work on JoJo, so it was the first job I personally asked for. They were very pleased with my work in episode 5 on the Johngalli A. beatdown scene, so I was responsible for key frames for a few future episodes, and my impressive work led me to become, for the first time in my career, an animation director.

Out of the episodes you worked on, which had the most difficulties?

Episode 12. I had to draw so, so many frogs for the scene where frogs are falling from the sky, and that really left an impression on me. I drew a lot of frogs, both as keyframe artist and animation director.

What is your number one most favorite episode, out of the episodes you worked on?

It’s Episode 22, with Jolyne and Father Pucci‘s handcuff deathmatch scene. I think its composition and uniqueness led to the scene being used in the trailer.

Anasui and Weather Report. Getting to be in charge of a good scene of theirs was exciting for me.

What is your favorite JoJo Part?

Part 4. Yoshikage Kira and Rohan Kishibe were my favorites.

What is your favorite fight in JoJo?

Overall, it’s Bucciarati VS Prosciutto. In Part 6, it’s Father Pucci VS Weather Report (in the story where he awakens Heavy Weather).

In the future, would you like to work on an Araki work from before JoJo?

This is still undecided, but when the time comes where David Production inevitably adapts Part 7 into an anime, I want to lend a hand in it. It would be great if Part 7 were adapted into an anime, wouldn’t it!?

What is your favorite episode in JoJo’s Bizarre Adventure?

Are you reading the original manga?

I’m caught up through Part 6. And I’m carrying on, currently reading Part 7.

What is your favorite Stand?

It’s Metallica. Long ago, a friend showed me my phone number’s contact name in their cell phone; I learned that my name was registered as “Risotto Nero“, and ever since, Risotto has become a special character to me.

The Stand he has, Metallica, is also super strong, and I love the fact that he went through great effort to track down Doppio, and thus the Boss.

Which Araki works were you involved in?

Mid-JoJo Part 6 to the first half of Part 7.

What were the biggest challenges working as an assistant?

The background of one panel with food in it didn’t match Araki-sensei’s vision, so I had to keep redrawing it for 3 days.

Did you have fun working with Araki?

Since the drawings had to be so top notch, I was frantic. That being the case, I can’t really say I had fun. However, there was a sort of “pride” in drawing JoJo. I now think it was absolutely a gold experience.

Rohan Kishibe. As expected, I have an admiration for him as a manga artist now.

What is your favorite JoJo Part?

If given the chance, would you want to work with Araki again?

Yes. Not as an assistant, but as a manga author. When I draw manga, Araki-sensei is always in my heart, encouraging me, and teaching me.

What kind of work did you do as Araki’s assistant?

Which Stand battle that you drew was your favorite?

In Part 6, I enjoyed drawing the battle where the massive number of snails appear, during Weather Report’s Heavy Weather. The assistants had to draw it without any detailed explanation from Araki-sensei about why a large number of snails appeared. As such, we would only understand the story after the manuscripts were completed. It was definitely a “bizarre” job.