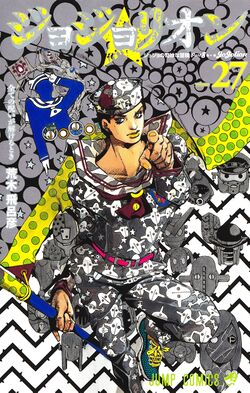 The story begins in 2011 and follows Josuke Higashikata, a young man afflicted by retrograde amnesia, in his search to uncover his identity in the town of Morioh. His quest pulls him and his adoptive family into the unfinished business between his previous life and an impending inhuman threat.

Santana (サンタナ, Santana) is an antagonist featured in Battle Tendency.

Santana is a member of the ancient Pillar Men race, a species of human-like beings with incredible strength, intelligence, and an uncanny control over their bodies. After waking up and wreaking havoc in the base of the nazis who captured him while he slept, he fights Joseph Joestar. 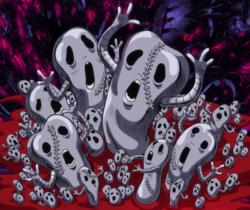 Metallica is a swarm of worm-like Stands that inhabit Risotto Nero's body and grant him the ability to control the iron in both his body and his surroundings, including the iron in the bodies of organisms. 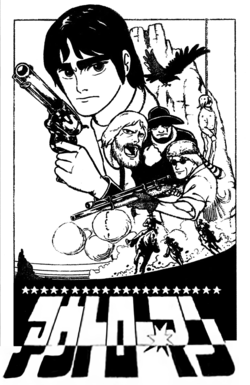 It narrates the story of an outlaw who is pursued by a gang of Pinkerton Detectives. Isolated in the wilderness, the Outlaw has to match his wits and determination with that the of the detectives.