I am the Lorax. I speak for the trees.

I opted to name this blog post as "I Rewatched Heroes to Check For JoJo References So Nobody Else Has To", but then I realized it doesn't sound as flashy as I thought.

I once swore that I will never finish the Heroes saga after my disappointment with the second season and the following ones. However, after realizing that there have been JoJo's Bizarre Adventure references that flew over my head while watching it, I decided to painfully rewatch the series all over again just to see if I missed anything.

There is already a dedicated section for this in the List of References page, so if you want an abridged explanation, you may head there (and maybe even check out the other references). However, if you want a more detailed explanation with context and you're willing to read a Heroes fan explain how the show works, then continue reading. :D

In Heroes, the character Hiro Nakamura is a comic book geek who happens to be an "evo", which is an evolved human with powers in the Heroes universe. Hiro has the ability to warp time, teleport, and time travel. He (surprisingly) makes very few references to JoJo in the TV show but more in his immersive weblog posts that used to be directly hosted in NBC's website. Clearly someone in the writing room was a big fan. This is also one of, if not the earliest JoJo reference in Western TV media - the show's first broadcast and Hiro Nakamura's first blog publication were both released in September of 2006, predating both the 2007 Phantom Blood film and the 2012 JoJo anime.

As a sidenote, all of the links to the weblog are now dead. This is either due to the writing staff's efforts to extensive immersion after the show ended (they previously took down Hiro's blogs since, around the same time in the show, Hiro went back in time and causes a series of events in the past that prevented his future self from writing the blogs) or NBC must have taken them down due to the inevitable downfall of Heroes around early 2013. I had to look through the Wayback Machine just to find them on my own. All links are from the latest and working retrieved snapshots.

For better archiving and for anyone who will be interested enough to check out the show themselves and look back on this post later on, I decided to paste the full entries here instead of just the specific JoJo lines. There will be major spoilers from both JoJo and Heroes in explaining each reference, so PROCEED WITH CAUTION!

It is never explicitly seen in the show but Hiro Nakamura writes on a weblog in order to track down everything he does while time traveling. Most of the posts are "auto-translated by Yamagato Software" - Yamagato Industries is a fictional company that Hiro works for as an office clerk in the first season. However, since he writes them while he resides in different time periods, the posts are instead sorted by "stardates" (the fictional system of time measurement in Star Trek, true to Hiro's geekiness) and were originally published in random order instead of chronologically, depending on where Hiro was in the show's continuity. (To explain this better: there is a point in the show where Hiro accidentally teleports himself to Texas. The post he wrote at that time is the first to appear in the weblog, when in reality it is the eighteenth entry he has written.)

Because Hiro's entries are "auto-translated", there are a lot of the Japanese words that are not properly translated as well as misspelled words. Thanks to the now-defunct Heroes Wiki, the stardates have been listed corresponding to the in-universe dates.

JoJo's influence on Hiro Nakamura is evident as he mentions JoJo's Bizarre Adventures as his favorite manga.

Note: The "comic" Hiro references is not JoJo's Bizarre Adventure, but the comic book he sees early in the show called "9th Wonders!" written by an evo clairvoyant author. Hiro later uses it to fix things during his time travels, and also to save the protagonists such as when he witnesses the cheerleader Claire getting killed in the future panels.

This is around the same time that an "anonymous" poster writes a post and takes over Hiro's blog, deleting all content from the ground up (they were later uploaded again, but the links don't work anymore these days). None of the cryptic messages include any JoJo reference other than Jotaro Kujo's name and in the third post.

The now-defunct Heroes Wiki has an extensive explanation in decrypting this post. (Should probably copypaste it here before the clone dump stops working again.) 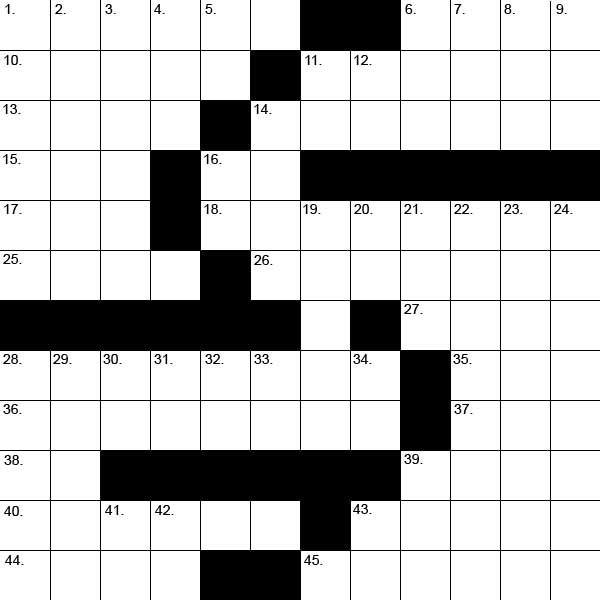 The JoJo references in this crossword are "17. Germanic relationship, Susie Q and Jojo" in ACROSS and "4. The world" in DOWN. The answers are OMA and DIO respectively.