From JoJo's Bizarre Encyclopedia - JoJo Wiki
Jump to navigation Jump to search
This page is a translated version of the page Kenny G. and the translation is 0% complete. 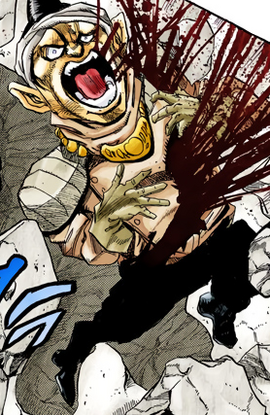 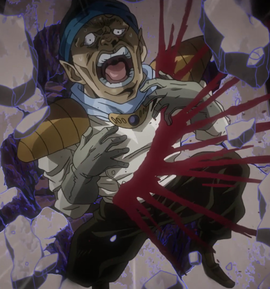 When the Joestar Group enters DIO's Mansion, he casts an illusion on it to make it look like a labyrinth to them but is quickly taken out.

Kenny G. is a small stocky man with pointy prominent ears, a small nose, and close eyes, but a large mouth. Kenny G. wears a vest buttoned on the sides on which are shoulder pads, dark trousers, and dark shoes, gloves, a golden metallic necklace, and a conical hat.

Little is known about Kenny G., but he feels he has superiority over Nukesaku as he threatens to kill the Vampire if he gets in their way.[2] 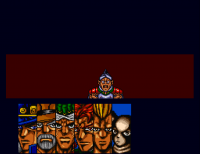