It's the one year anniversary of JoJo's Bizarre Encyclopedia!
The printable version is no longer supported and may have rendering errors. Please update your browser bookmarks and please use the default browser print function instead.
This page contains changes which are not marked for translation.

JoJo's Bizarre Adventure, often shortened to JoJo or JJBA, is a shōnen and seinen manga series, following the journeys of the Joestar family members across generations.

Our goal is to create a comprehensive encyclopedia for all official material related to this ongoing series. Anyone can edit, so any help in doing so is greatly appreciated!

…Pannacotta Fugo was initially envisioned as a traitor to Team Bucciarati who would have worked for Diavolo all along? However, Hirohiko Araki felt that he couldn't write a plot point as dark as comrades betraying and killing each other so he opted for making Fugo stay behind instead.[1]

as Rohan Kishibe and produced by NHK

, the series will broadcast with three episodes. The first episode will air on December 28, 2020 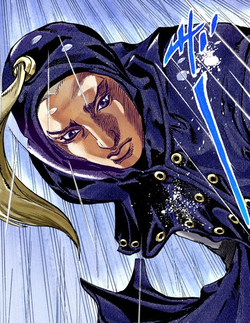 Blackmore is one of Funny Valentine's henchmen, tasked with tracking and eliminating whoever tries to spy on the President. Blackmore is a Stand User, wearing his mask-Stand Catch the Rainbow to walk on falling raindrops. 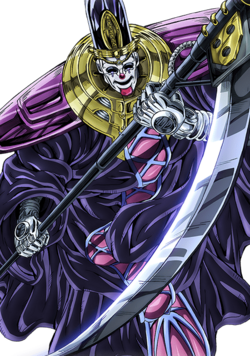 Looking like a Grim Reaper with a clown mask, Death Thirteen has the power to attack its victims in their dreams, luring their spirits into a nightmare world where they cannot summon their Stands. 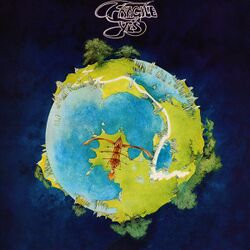 from their 1971 album Fragile

. It is used as the ending theme for the first season of JoJo's Bizarre Adventure: The Animation, which covers both Phantom Blood and Battle Tendency. 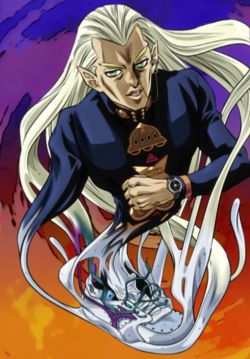