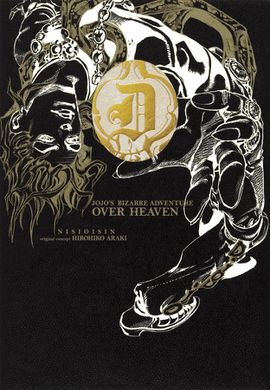 with illustrations by Hirohiko Araki. It was released as part of the special JoJo 25th anniversary project "VS JOJO."

The book is written and presented as the lost transcript of DIO's Diary, featured in Stone Ocean. In the book, he reflects upon his battles throughout the original series, describes his ideals and plans for "obtaining heaven" and talks about the concept of death, as well as his unfortunate mother.

The fictitious translator of the book comments on his reasons for restoring and decyphering DIO's Diary. First saying that the Speedwagon Foundation asked for the restoration of the book to find a way to free Jotaro Kujo from his current comatose state (to which the translator reveals that they had Josuke Higashikata fix the book for them), the translator confesses that his work is also motivated by fascination with the thought process of Dio Brando. The translator also comments on the difficulties faced during the restoration and decyphering of the book and decided to literally translate it, leaving the interpretation to the reader.

(The information below derives from a Light Novel not written by Araki. As such, it may or may not be considered canon .)