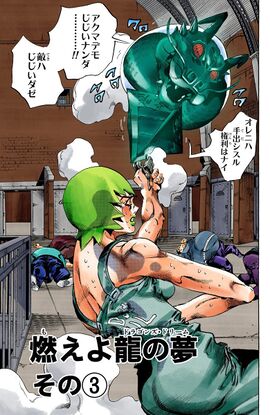 Jolyne attempts to kill Kenzou in retaliation but Anasui intervenes and stores his Stand inside her body. This protects Jolyne from Kenzou's kick and crushes his legs into springs instead. Anasui reveals his Stand, Diver Down, and its ability to restructure anything from the inside.