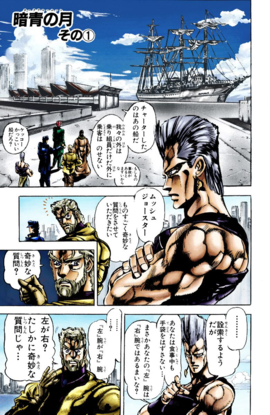 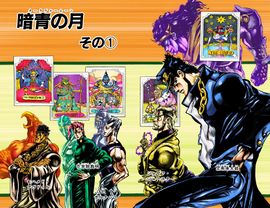 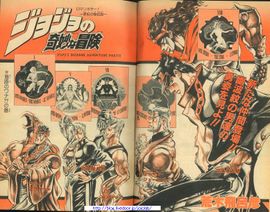 Dark Blue Moon, Part 1 ( その①, Dāku Burū Mūn Sono 1), originally The Seafaring Trap?! (海路のワナ!?, Kairo no Wana!?) in the WSJ release, is the fourteenth chapter of Stardust Crusaders and the one hundred twenty-seventh chapter of the JoJo's Bizarre Adventure manga.