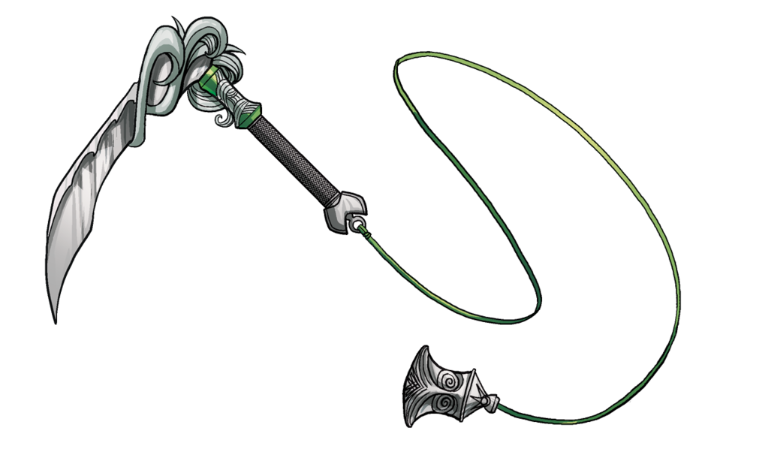 Ability: The main ability of the stand is called 'Shadows of the Valley' . Iron Maiden can open portals to a pocket dimension (by slicing the air or any other surface,when the ability is used) which will close after the user goes through it. The user can stay in the pocket dimension as long as she wants, because the dimension is made of void (however it has a solid floor for convenience) which makes the flow of time stop, which means the user doesn't age and she doesn't have to eat and breathe. In order to escape the pocket dimensionI the user has to open another portal which will lead to any place the user wants, but the limitation is: The user has to know how the place exactly looks like.

The secondary ability of the stand is called 'Chains of Misery' . This ability is way more simple. It enhances the physical capabilites of the Kusarigama making it a grappling hook with a stretchable line. So it can latch to any solid surface and hoist the user towards it or hoist smaller objects towards the user.