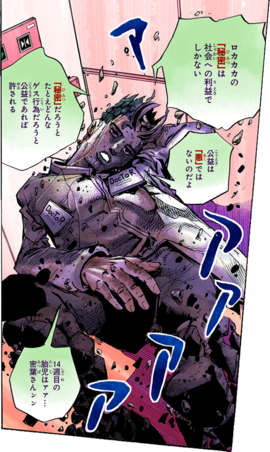 The world will never see the face of DarTisD.

There's nothing too special about DarTisD's personality one should be aware of his nature to joke anytime he wants to.

Can cook 1 minute rice in 58 seconds.

Many years before, the man known as DarTisD went by different usernames but this is the story of how his current username came to be. We go back to a time where DarTisD was keeping up with a certain manga weekly. Although unrelated with Jojo's Bizarre Adventure, it's Fairy Tail.

It's around the year 2014 or 2015, and he was reading the current newest chapter as the manga neared itself the last arc. It was called the Alvarez Empire Arc, a story arc he did not enjoy very much. Said arc focused on one of the main antagonists, Zeref. There the fans learned about an alias of Zeref being "Emperor Spriggan".

The man now known as DarTisD liked the name Spriggan, thus he went with TheSpriggan as a username first but soon he would realize that nearly every of his German friends messed up pronouncing the word "Spriggan" so later he sought another name, which ended up to be another alias of Zeref. "The Black Wizard", for being a well-known wizard of black/dark magic. When DarTisD went to Steam to change his username, he wrote down "TheBlack" as he forgot the rest of the title. His head randomly made him write "Artist" falsely, which he would later realize but he never cared to change it. One of his hobbies is that of drawing, even if he is not that good... So TheBlackArtist, not bad. He went by that name for long enough, even years.

When "TheBlackArtist" had to change his name again

Many years later he hated that name for its length. So he just took "Artist". Quickly he realized that Artist wouldn't be available as a username anywhere online since its a simple word anyone can come up with. So he began thinking of changing it into something with a little twist. That would be by turning it into "r-Tist", you get it? Cause when you pronounced it it's just Artist.

r-Tist it would be.... so he thought. Sadly one can not write "-" everywhere so it would become "rTist" or in cases you aren't allowed to use capital letters, "rtist" but the saddest revelation was that one friend of his who was playing YuGiOh online, faced an opponent called rtist with some numbers after it. He thought that he had to change it. He thought of `r-TisD` and `r-Ticed` to which he sticked with r-TisD but that didn't satisfy him yet, especially with that "-" in there and so he thought of adding something to it. For a week he went with "JorTisD", a reference to "Jojo". But he didn't like that sound. So he quickly brainstormed....

Thus it was born. The Dark Artist with a big D at the end. But nowadays people don't bother writing his name.

Here he is often just called "Dar" or "Dart" most of the time.

DarTisD grew up playing Crash Twinsanity, the 5th main installment of Crash Bandicoot, on the original XBOX. Over the years he would keep coming back, he even went as far to play the game in English, French and Japanese. Now he owns a PS2 copy of it.

The Binding Of Isaac

Hardly spoke to folks around him, didn't have too much to say, No one dared to ask his business, no one dared to make a slip The stranger there among them had a big iron on his hip,

Big iron on his hip
”

Wanna make me spell out "Fun"?