Basically the place where i put fun stuff lol. 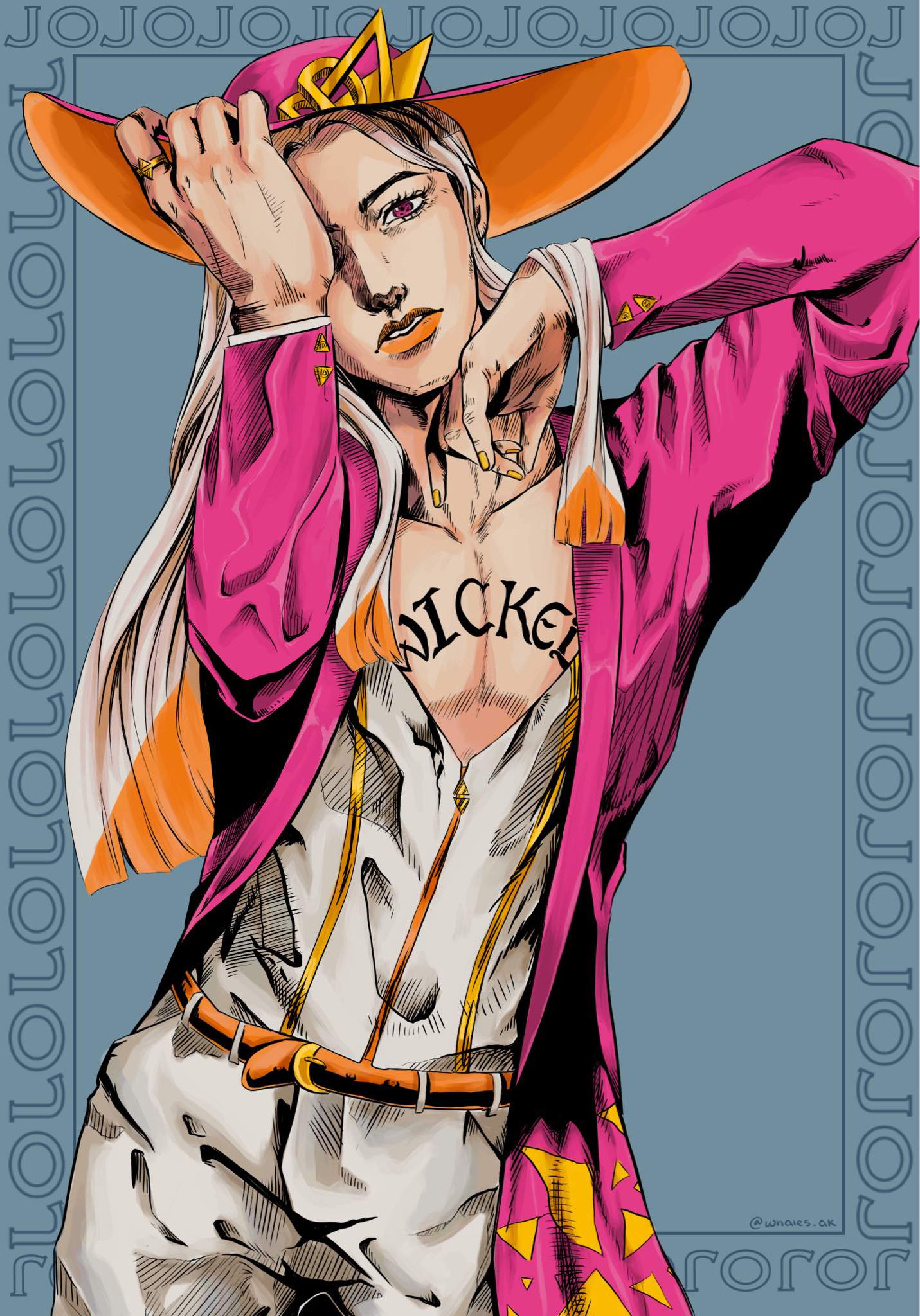 Alejandro Libertas is the mayor of the (fictional) spanish city 'Gran Valanze'. Alejandro's goal is to spread across the world a new kind of drug called the Rilassante which, according to him, will allows to makes disappear hostile behaviors in humanity and thus reaching a new age in history where humanity is fully united within one flag and one nation.

Alejandro is a Stand user, being the wielder of Space Oddity.

Alejandro is a man of medium build and above-average height in his 40's. During his first appearances, Alejandro is covered in shadow appearing to wear a black suit and a tie, similarly to Diavolo from Vento Aureo.

When revealed, Alejandro has light eyes and long inconsistent white hair. He wears a white light suit with his chest partially exposed. On the exposed area of his chest, there is a black tattoo "NICKEL".

The mayor Alejandro Libertas is a calm and collected immoral person who is ready to sacrifice everything including his own life to achieve his utopia of "uniting humanity as one" by using questionable methods.

Alejandro as a kid was a good-natured, polite, friendly and idealistic young boy, growing in fear in a city where crimes and corruption were common leading him to wonders why people just couldn't understand each other, because of this Alejandro's mind treaded on philosophical questions. As Alejandro became a young adult, Alejandro's search for the answer as to why "humanity could never truly be united?" was answered. By joining an excavation, Alejandro discovers by luck an Stand Arrow in an ancient temple.[3]

By obtaining a Stand, this leads Alejandro thinking that it's to him to "fix" humanity, being a "chosen one", having a Stand gived him several outbursts of enthusiasm because he had "power" and could finally "give a clear goal" to himself.[3]
Because of this, Alejandro became a believer in fate.

Alejandro come to his own conclusion that individuality and freedom leads to instability and risks in society because it's let's humans express theirs cruel sides, thus Alejandro thinks that exchanging freedom for hapiness should be what all of humanity strive for.
Alejandro admit that he will certainly have to do bad actions to achieve an "united humanity" but thinks that the end will justify every horrible and cruel actions that he would do.

Alejandro doesn't have any hesitation to kill anyone being remotely a threat to his plans, even teenagers. Altough he would still express being sorry to his enemies and say that theirs deaths are a necessary step to achieve "absolute peace" before finishing them.

Space Oddity has the ability to manipulate several aspects of time. For example, it's able to merge past and future versions of a person into one for a few seconds, leading to confusion. Space Oddity while being extremely powerful is heavily restricted : it's can't do anything such as "destroying" time or being used to create complexe paradoxes. Space Oddity's range is around 10-20 meters.[4].