based on the third part of the JoJo's Bizarre Adventure series, Stardust Crusaders. It was originally released in arcades in Japan on December 2, 1998 for the CPS-3

arcade system. It was also localised outside of Japan as JOJO's Venture for arcades in North America 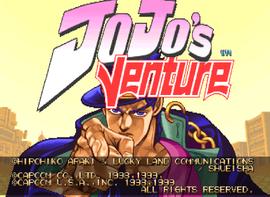 The game uses a simplified 4-button control scheme, consisting of three attacks (light, medium, and heavy) and a Stand button, which switches the character's Stand On and Off (see Stand Mode below). Push blocking is possible to force attacking foes a set distance whilst blocking an attack, as well as inputting all 3 basic attack buttons for a forward-yet-somewhat-laggy invulnerable dodge.

Stands themselves tend to act as akin to the source material, physical extensions of their users, where damage inflicted upon them carries over to the User via mirroring the connecting attack's hit effects. They also act very akin to avatar/puppet-based characters in other fighting games, being able to act as disjointed-attacking entities separate of their user/wielder, allowing for plenty of offensive gimmicks.

Most of the game's specific mechanics derive from the introduced Stand Mode. For example, the aforementioned aspects of Stands and their users sharing their taken damage upon one or the other is a crucial strategic element, since many of the special moves and attacks send the Stand away from the User, adding the difficulty of protecting both of them at the same time; if a character is damaged while their Stand is far away, the damage received is doubled. On top of the usual health bar and power gauge, there is a third meter, the Stand Gauge, which decreases when the Stand is damaged and refills when the Stand Mode is switched off; if this gauge is depleted, a Stand Crash takes effect, and the character is paralyzed and wide open to any attack for an instant.

Some characters lack an "active" Stand/Stand Mode, though; some of these "passive" Stand Users introduce even more complex and specific mechanics into the game, such as Hol Horse's Emperor, a gun Stand, or Mariah's magnetic Stand Bastet. Characters like Chaka and Joseph however, have their stands wielded as "weapon" Stands. Only changing their base moveset without any disjointed entity beside them.

Most passive users only summon Stands for a brief attack/animation before they vanish unless called again, but the Stand can still be attacked directly with the same kind of damage mechanics. Furthermore, passive Stand Users may also have their own animations recovery/function independently of their Stand's animations moreso than active Users.

For the most part regardless of a Stand being either an active type or passive type, a victim being "sandwiched" between a Stand and their User has their blocking orientation based on their position towards the User, and not the Stand. Though the approach varies for most standard active and passive Stand Users, both mainly focus on attacking/acting in a disjointed manner different from one another, creating all sorts of offensive mixups.

Another feature is the Tandem mode only for active and weapon Stand Users. Upon executing the command with 1 stock of super meter to expend, it functions akin to a super, only during the period of the rather extensive startup flash, inputs can be rapidly done within the set interval to allow the Stand to perform the inputted button commands on their own while the User is free to do as they please, though controlling the Stand directly with a special-move-command of any sort will cancel the Stand's input-predetermined onslaught early. Weapon Stand Users on the other hand, only access a "custom combo" mode where nearly all of their moves are freely-self-cancel-able into one another for the duration.

Main article: Heritage for the Future

version of the game was released on October 14, 1999. It based on the first game, but including the characters introduced in the second game, Heritage for the Future. Due to hardware limiations, many of the graphics used in-game were reduced, including a palette reduction on the sprites used for Stands. The PlayStation version also features a new "Super Story Mode", which goes through the events of Stardust Crusaders.

Main article: Heritage for the Future 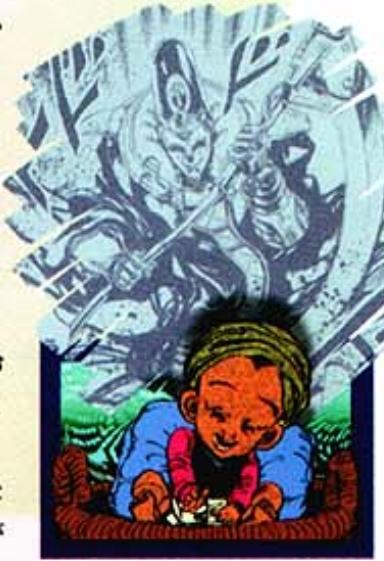 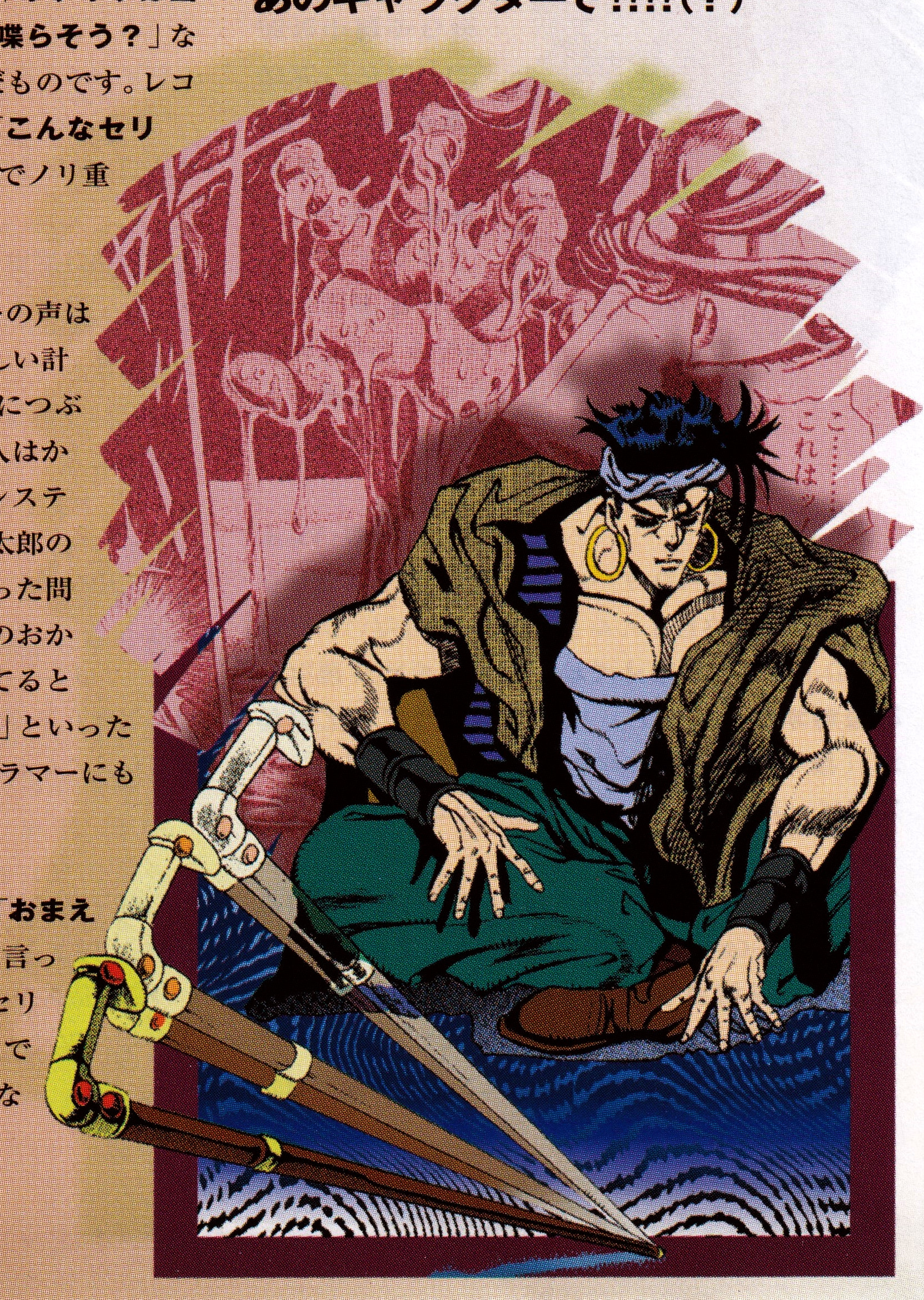 The title of the first game is JoJo's Bizarre Adventure in Japan. However, for the American version, this was changed to JOJO's Venture. This name also change was kept in the arcade and Dreamcast

port of the game.

In the American version of the game, the blade of Chaka's sword is changed to a wooden brown color. This is changed in both his in-game sprites and and his portrait in the character selection screen. The color is also censored in all the cutscenes Chaka appears in.

Many of the names were changed for the American version of the game. This was possibly due to potential legal reasons, as several of the characters in the game were named after music artists and bands. For example, Vanilla Ice was changed to "Iced."