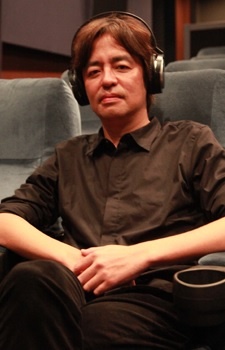 Yoshikazu Iwanami (岩浪美和, Iwanami Yoshikazu) is a Japanese sound director and musician known for his work on various anime, TV series, and movies. He has directed the sound design for JoJo's Bizarre Adventure: The Animation, from Phantom Blood to Stone Ocean.

Iwanami was born in Yokohama, Japan in 1962. He became interested in film and theater through making independent films when he was a college student. After graduating from the college's sound art department, Iwanami worked as a mixing engineer for 6 years, and after working as a video director, he started his career as a sound director under Etsushi Yamada.[1]