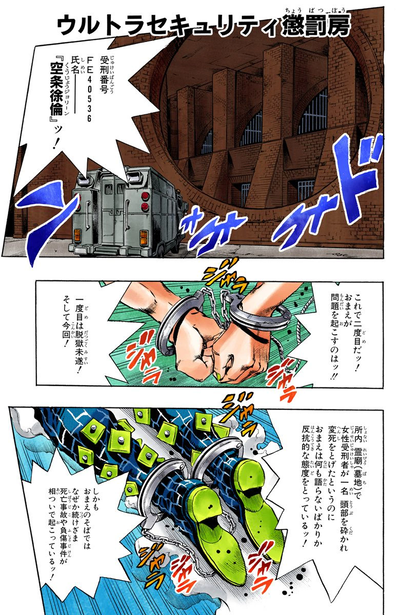 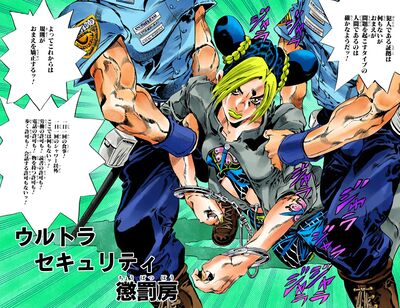 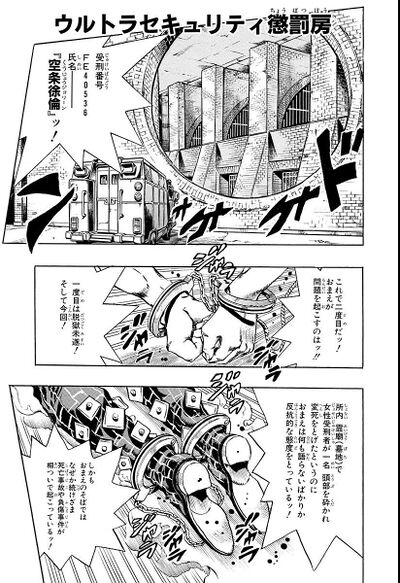 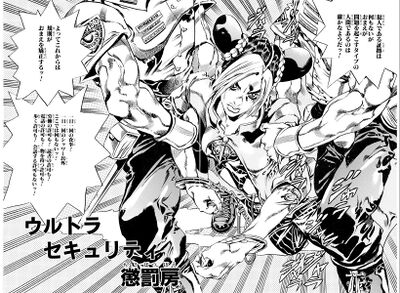 Ultra Security House Unit (ウルトラセキュリティ懲罰房, Urutora Sekyuriti Chōbatsubō), originally The Memories of the Bone (「骨」の記憶, 'Hone' no Kioku) in the WSJ release, is the fifty-eighth chapter of Stone Ocean and the six hundred fifty-second chapter of the JoJo's Bizarre Adventure manga.

Jolyne strengthens herself mentally, focusing on her mission to save her father. A flashback shows Whitesnake discussing philosophy with Sports Maxx in the prison chapel. He explains that when the human population increases, the rest of the world's life decreases proportionately. He asks Maxx how it feels to harness the power of the dead, then presents to him a bone in order to revive it. Maxx says he's unsure if he can revive something from just a piece of the corpse, but Whitesnake threatens to take back his Stand Disc if he doesn't. Maxx explains that he already revived it.